Federer will next square off with either Serbian Filip Krajinovic or French qualifier Quentin Halys for a place in the third round of the Australian Open. 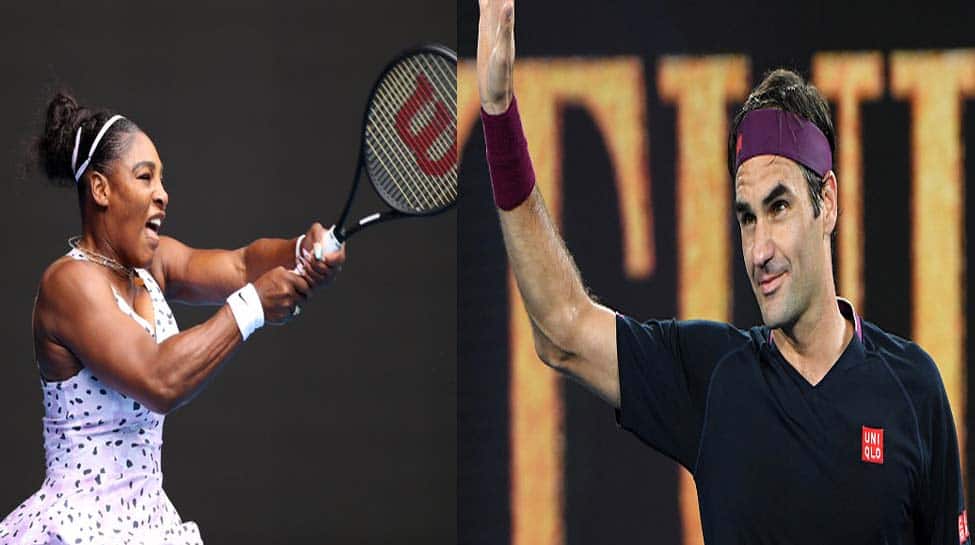 20-time Grand Slam champion Roger Federer and American tennis star Serena Williams kicked off their campaign at the season-opening Australian Open with straight-sets victories in their respective opening rounds of the tournament at Melbourne Park on Monday.

Williams began her quest of equalling Margaret Court's historical record of 24 major singles titles with a comfortable 6-0, 6-3 triumph over Russian teenager Anastasia Potapova in the first round of the women's singles event that lasted less than an hour at Rod Laver Arena.

Williams, who has lifted the women's singles trophy at the Australian Open seven times, headed into the first major of the season on the back of the Auckland Open title--which was her first since the 2017 Australian Open.

The American tennis player will now lock horns with Slovenia's Tamara Zidansek, who also stormed into the second round with a comfortable 6-3, 6-3 win over South Korean wildcard Han Na-lae in the opening clash.

In the men's singles event, Swiss tennis maestro Federer has also booked his place in the second round of the tournament after brushing aside Steve Johnson of America 6-3, 6-2, 6-2.

During the match, Federer broke Johnson five times to extend his record of remaining unbeaten in the first round matches in Melbourne to 21-0. The World No.3, who has not lost his opening clash at a Grand Slam since 2003, has now also improved his ATP Head-to-Head rivalry with Johnson to 3-0.

Federer will next square off with either Serbian Filip Krajinovic or French qualifier Quentin Halys for a place in the third round of the Australian Open.

Elsewhere, Serena's elder sister Venus Williams has suffered a major blow as she bowed out of the first major of the season after slumping to 6-7 (5-7), 3-6 defeat at the hands of Coco Gauff of America in the opening round of the women's singles event.

Couldn't have asked for a better comeback: Sania Mirza on Hobart International win