Bopanna lost just four points on his serve during the entire match as the top-seeded Indians produced a dominating 6-3 6-4 win over British pair of Luke Bambridge and Jonny O'Maara. 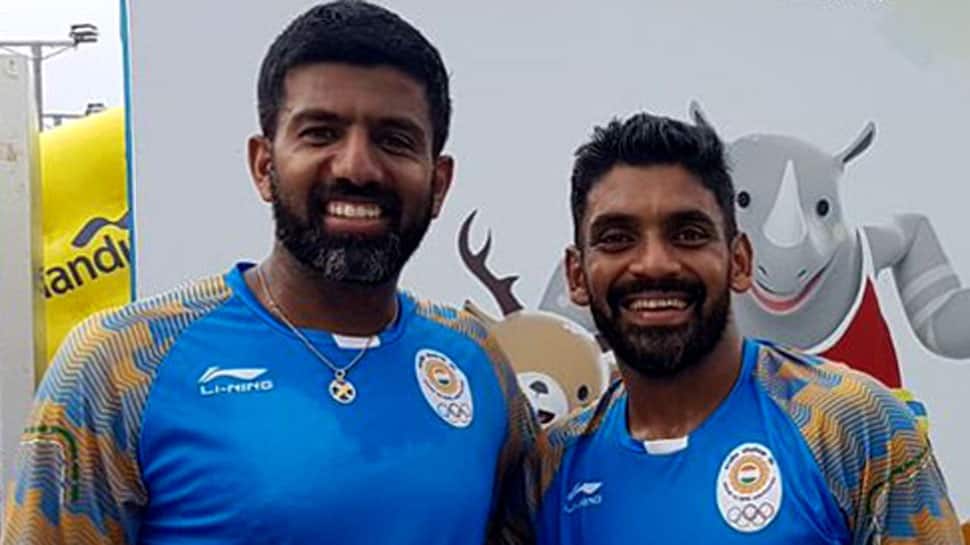 Rohan Bopanna combined booming serves with exquisite backhand winners during his blossoming partnership with Divij Sharan as the Indian pair won its maiden ATP tour title at the Tata Open Maharashtra on Saturday.

Bopanna lost just four points on his serve during the entire match as the top-seeded Indians produced a dominating 6-3 6-4 win over British pair of Luke Bambridge and Jonny O'Maara.

This was veteran Bopanna's 18th ATP tour title while Sharan has now won his fourth tournament on the circuit.

Bopanna carried the team smartly in this tournament even as Sharan would require to do more when they compete against tougher opponents at the Australian Open.

Sharan dropping the serve in the eighth game of the second set was the only blemish as there was no drama in the final after they played two intense and dramatic matches en route the title clash.

It is the first title for both Bopanna and Sharan on the ATP World Tour after more than a year they ended 2018 season without a trophy even as they grabbed an Asian Games gold and immediately decided to join forces, keeping in mind the 2020 Tokyo Olympics.

Before this, Bopanna won the Vienna event in October 2017 with Pablo Cuevas and Sharan won the Antwerp trophy with Scott Lipsky in the same month.

A little opening for a break emerged for the top-seeded Indians when Bambridge served a double fault to go down 0-30 in the sixth game but they came back strongly.

Left-handed Sharan was down a deciding point in the next game when Bopanna made an error on the overhead smash volley but the Indians managed to hold.

Then followed a super show from Bopanna, who unleashed his single-handed backhand thrice to earn the first break of the match and then served out the set in the next.

The Coorgi lost just three points in his three service games as he was the standout performer in the summit clash.

He continued to serve big even as Sharan's serve was under pressure again in the fourth game when he went down 0-30 but the Indians escaped with the left-hander holding his own with an ace.

Sharan hit a crushing service return winner off Bambridge before another good return to draw level, which he could not pick up.

It gave the Indians a break chance, which was converted when Bambridge faltered, netting a return.

Bopanna came out firing once again, serving at love, to make it 4-2 which became 5-2 when they broke O'Maara in the next.

It was Bambride, who cracked in this game too making several errors, handing Sharan a chance to serve out the match.

However, the Delhi southpaw dropped serve. Bopanna completed the job in the 10th game without any fuss.