Halep will now square off with Belgian tennis player Elise Mertens in the next round. 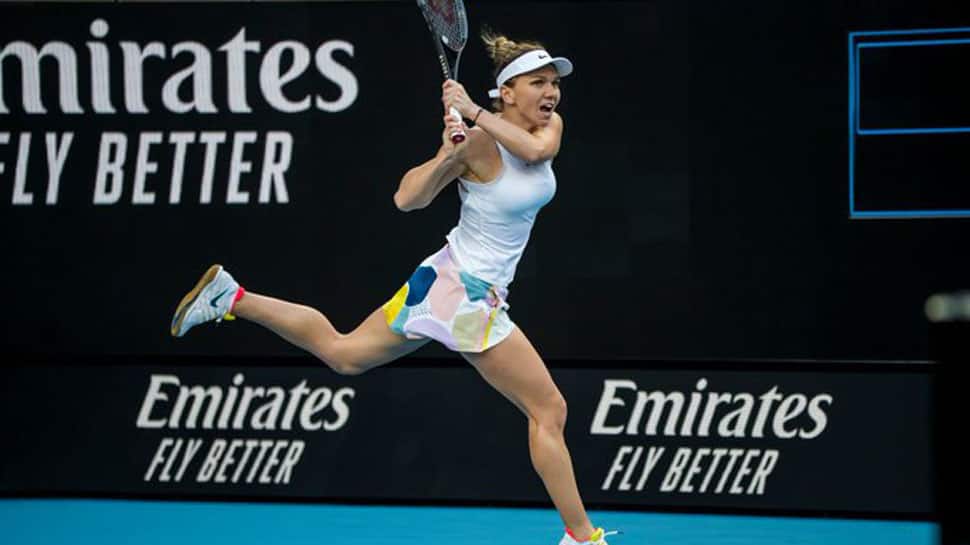 World number three Simona Halep produced a dominant performance as she swept aside in-form Yulia Putintseva of Russia in straight sets to storm into the fourth round of the Australian Open for third year in a row on Saturday.

During the clash, Halep smashed 26 winners to 15 unforced errors, while Putintseva made the same number of errors as her opponent but struck 13 winners.

The third-ranked player was quite satisfied with her performance following the clash.

"I expected this kind of match. I knew how she's playing, but she played a little bit stronger with the forehand than I expected. I knew that I had to attack her serve, to serve well, because she's hitting the return well," the Women's Tennis Association (WTA) quoted Halep as saying.

"I think I have improved in my serve. Also the return looks pretty good. I go to the net. I have some dropshots included in my game, so it's a big step. I'm happy with my game," he added.

Halep will now square off with Belgian tennis player Elise Mertens in the next round.

In another women's singles clash, German tennis star Angelique Kerber rebounded strongly from a second set down to register a 6-2, 6-7 (4-7), 6-3 win over Camila Giorgi
of Italy.

Kerber will now take on Anastasia Pavlyuchenkova of Russia for a place in the quarter-finals.

Elsewhere, Swiss player Stan Wawrinka too stormed into the fourth round of the Australian Open after his opponent John Isner retired hurt during the third match of the men's singles event.  Wawrinka was leading the clash by 6-4, 4-1 when Isner withdrew from the clash.