21-year-old Kenin has captured her first Grand Slam title of the career besides also becoming the youngest American since Serena Williams in 2002 to lift a major crown. 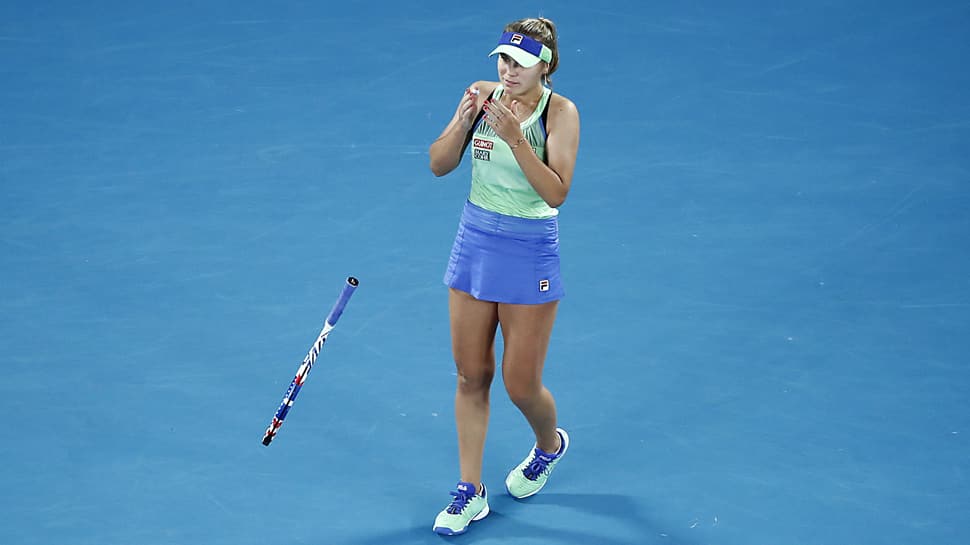 American tennis player Sofia Kenin produced a spirited performance as she bounced back from the opening set down to beat former world number one Garbiñe Muguruza of Venezuela to clinch the season-opening Australian Open title at Melbourne Park on Saturday.

After going down in the first set, Kenin rebounded strongly to bring up phenomenal tennis in the biggest match of her career and seal a 4-6, 6-2, 6-2 over Muguruza in a thrilling summit showdown of the women's singles event that lasted two hours and three minutes on Rod Laver Arena.

During the clash, Kenin smashed 28 winners and made 23 unforced errors while also converting an impressive five of six break-point opportunities. Muguruza, on the other hand, hammered four more winners than Kenin but made 45 unforced errors.

Following the victory, Kenin said that her dream has officially come true.

"My dream has officially come true. If you have a dream, go for it, because it can come true," the Women's Tennis Association (WTA) quoted Kenin as saying.

With the win, 21-year-old Kenin has captured her first Grand Slam title of the career besides also becoming the youngest American since Serena Williams in 2002 to lift a major crown.

Earlier, Muguruza--who was playing her fourth Grand Slam final--was aiming to become the first unseeded player to win the Australian Open title since Serena Williams in 2007.

The victory means Kenin will also move to the career-high seventh spot in the next week's WTA rankings.