With the win, Tsitsipas became the youngest player to win the ATP Finals since former World No. 1 Lleyton Hewitt (20) in 2001 in Sydney. 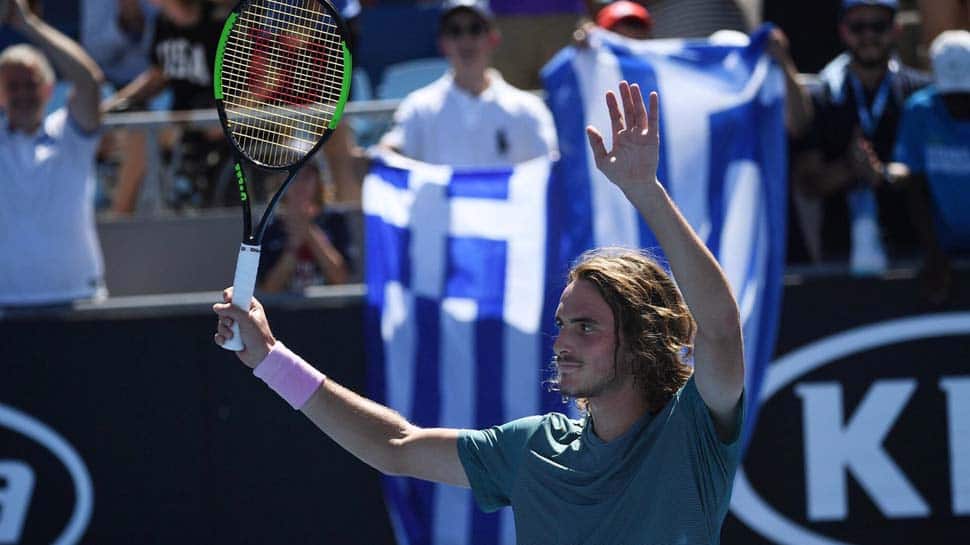 Greek tennis sensation Stefanos Tsitsipas clinched the biggest title of his career by surviving a scare against fifth seed Dominic Thiem of Austria in the summit showdown of the Association for Tennis Professionals (ATP) Finals at O2 Arena in London on Sunday evening.

After going down in the opening set, sixth-seeded Tsitsipas rebounded strongly to register a 6-7(6), 6-2, 7-6(4) over his Austrian opponent in the final clash of the season-finale tournament that lasted two hours and 35 minutes.

In the opening set, both players engaged in long rallies, but it was Thiem who made the breakthrough first with a powerful backhand at 1-2, 30/40. However, Tsitsipas saved two break points in the seventh game with gutsy net play to take a 4-3 advantage.

Thiem then recovered from 15/40 and levelled the score with an ace and a forehand volley winner. The Austrian then kept Tsitsipas behind the baseline by ripping through his forehands and attacking the net. At 5/6 in an inevitable tie-break, the Greek saved a set point before Thiem eventually clinched the set by earning his second set point with a powerful serve.

However, Tsitsipas regrouped himself and take an early advantage in the second set before he moved to a double-break advantage after hitting volley and forehand winners. The Greek smashed 10 winners while making just one unforced error to force the match into the tie-breaker.

Tsisipas began the decider by saving two break points in the first game to put Thiem under pressure. The Greek then carried the momentum to take a 3-1 advantage. Though Thiem immediately rebounded strongly to win three straight games, Tsitsipas held his nerve to emerge victorious.

Following the win, Tsisipas said that it was a roller-coaster ride for him, but he is feeling absolutely amazing to hold this trophy.

“It’s been a rollercoaster. Holding this trophy right now feels amazing… This tournament has been unbelievable guys, you made it so, so emotional. I have never received so much support in a stage like that, ever. Honestly, I owe it all to you, most of it to you. Overall, the atmosphere this week was unbelievable," the ATP quoted Tsitsipas as saying.

With the win, Tsitsipas became the youngest player to win the ATP Finals since former World No. 1 Lleyton Hewitt (20) in 2001 in Sydney.