The ASB Classic is scheduled to get underway in Auckland on January 6. 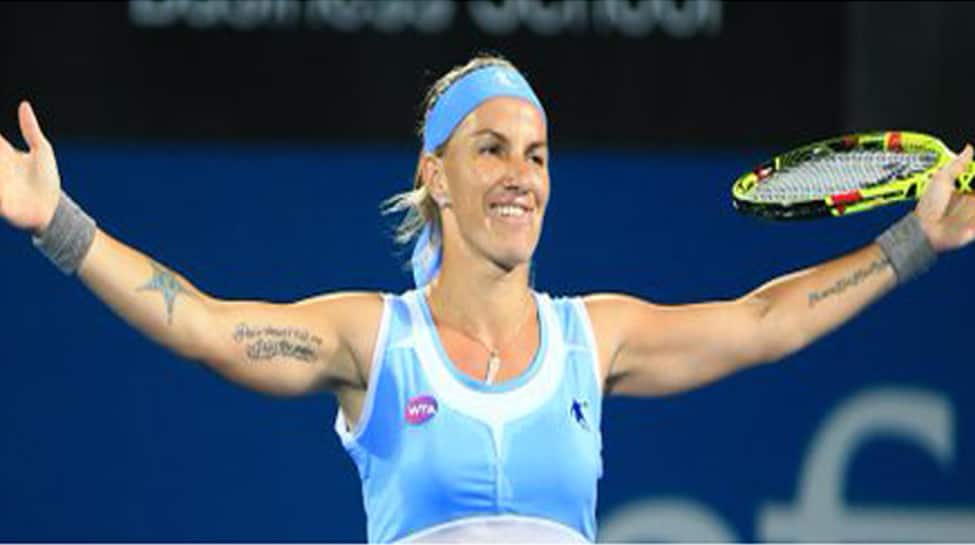 Russian tennis player Svetlana Kuznetsova and Latvia's Jelena Ostapenko have both pulled out of the Australian Open warm-up event, ASB Classic, the tournament organizers have confirmed.

While Kuznetsova withdrew from the Auckland Classic due to a viral illness, 22-year-old Ostapenko has pulled out owing to personal reasons, The New Zealand Herald reported.

Ostapenko, on the other hand, was due to lock horns with German tennis player Laura Siegemund in the opening round of the tournament on Monday.

Taking to its official Twitter handle, the ASB Classic confirmed the withdrawal of Ostapenko and Kuznetsova and said that two lucky losers have now found spots in the main draw of the tournament.

"Due to the withdrawal of Ostapenko & Kuznetsova, two lucky losers have found spots in the main draw," the tournament organizers tweeted.

The Russian will now be replaced by qualifier Camila Giorgi in the first round, while Siegemund will now face Belgian player Alison Van Uytvanck

"Congratulations to Li, Lepchenko, Minnen, & Giorgi on qualifying & to Arconada & Bonaventure on their lucky loser additions," the ASB Classic added.

Last month, Canadian world No 5 Bianca Andreescu also withdrew from the tournament leading-up to the Australian Open due to a knee injury.

The ASB Classic is scheduled to get underway in Auckland on January 6, while the Australian Open will take place from January 20 to February 2, 2020 at Melbourne Park.