Kristina Mladenovic came back from a set down to beat CoCo Vandeweghe 1-6, 6-3, 6-2 and draw France level with defending champions US in their Fed Cup semifinal in Aix-en-Provence on Saturday. 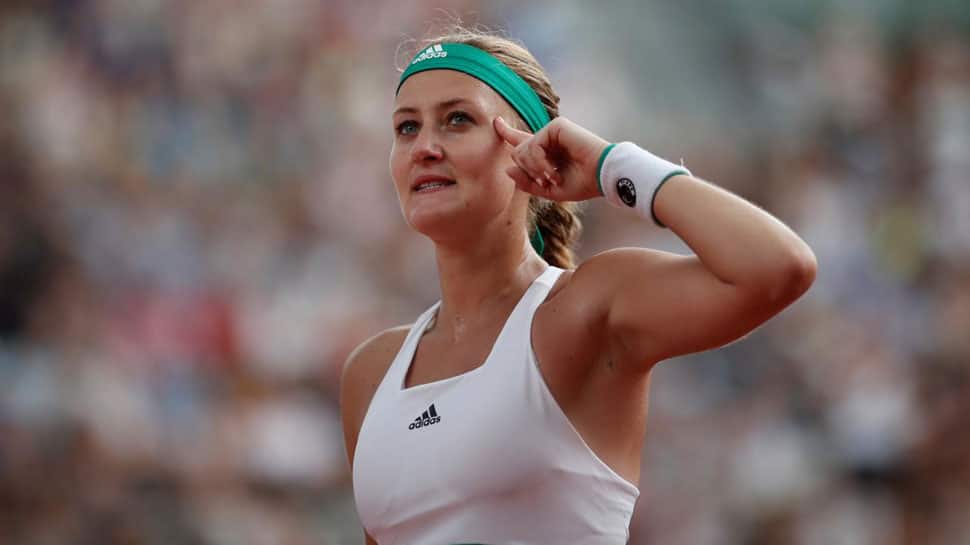 Kristina Mladenovic came back from a set down to beat CoCo Vandeweghe 1-6, 6-3, 6-2 and draw France level with defending champions US in their Fed Cup semifinal in Aix-en-Provence on Saturday.

World number 20 Mladenovic was blown away in the opening set before she dug deep to take a 3-0 lead in the second, only for Vandeweghe to level again.

Mladenovic, however, continued to back her attacking instincts, clinching six straight games before going on to end Vandeweghe’s eight-match Fed Cup winning streak.

Earlier in the day, US Open champion Sloane Stephens battled past Pauline Parmentier 7-6(3), 7-5 in two hours and 23 minutes.

Stephens, 25, saved five set points serving at 5-4 down in the first set, and then came back from a break down in the second set against Parmentier, ranked 122 in the world.

“That was a battle,” Stephens said after the match.

“She played really well. Obviously being down is never fun. I played much better in the tie-breaker and got a lot of confidence from that.

“I was fighting to stay in the match and play some good tennis. My first Fed Cup win in two years feels awesome.”

The reverse singles are scheduled on Sunday, followed by a doubles match between the French pair of Mladenovic and Amandine Hesse and Americans Madison Keys and Bethanie Mattek-Sands.

The Americans hold an 11-2 winning record over the French.