On Thursday, those hopes were crushed again when the wildcard was forced to pull out of his marquee match against world number two Rafa Nadal for fear of aggravating a pectoral muscle injury. 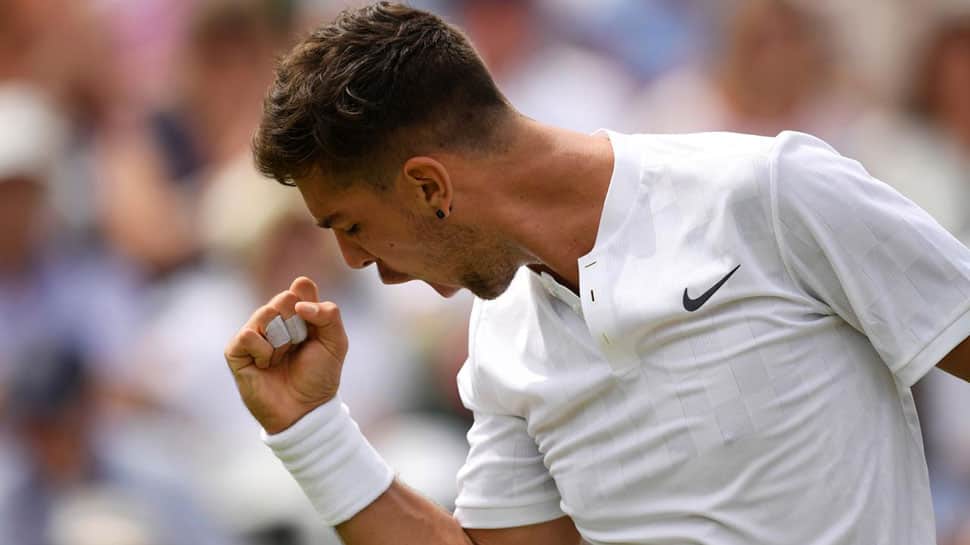 Long blighted by injury, Australia`s Thanasi Kokkinakis hoped to finally be on track to fulfill the promise of a stop-start career when he made the second round of the US Open.

On Thursday, those hopes were crushed again when the wildcard was forced to pull out of his marquee match against world number two Rafa Nadal for fear of aggravating a pectoral muscle injury.

It was another bitter pill to swallow for the 23-year-old South Australian, once seen as a talent to rival his tempestuous compatriot Nick Kyrgios back when the pair were nicknamed `the special K`s` in their teenage years.

Ranked 203rd in the world, Kokkinakis had battled through a tough four-set win over Ilya Ivashka to seal his first Grand Slam main draw win since 2015, joining an encouraging charge by Australian men in New York including Kyrgios and Alex De Minaur.

He had given himself hope of beating 18-times Grand Slam champion Nadal -- no fanciful idea when set against his upset of Roger Federer in Miami last year.

But Kokkinakis woke up the next morning feeling sore and did not feel much better in his warmup on Thursday.

He regretfully pulled the pin, fearing he would suffer a third pectoral muscle injury this year if he put himself to the test against Nadal.

"I`m filthy about it," he said, using the Australian slang for "angry".

"Very disappointing. Obviously (it was) such a high from the other night."

Kokkinakis has suffered injuries all over his body, with elbows, knees and muscle problems repeatedly cutting short promising comebacks and forcing him to battle his way back on the secondary tours.

The latest blow was especially bitter but he said he would continue to grind, hoping the best might come later in life, like the titular character in the Hollywood movie "The Curious Case of Benjamin Button".

"I think I’m on the right track. I’m starting to play. At least I played the last month, which is baby steps for me,” he said.

"I`m hoping I can still play a decent amount of tournaments at the back end of the year. Like Benjamin Button, I am hoping I (age) in reverse."