It was much more than a case of overcoming a physical injury, however, with the attack having exacted a heavy mental toll on the twice Wimbledon champion. 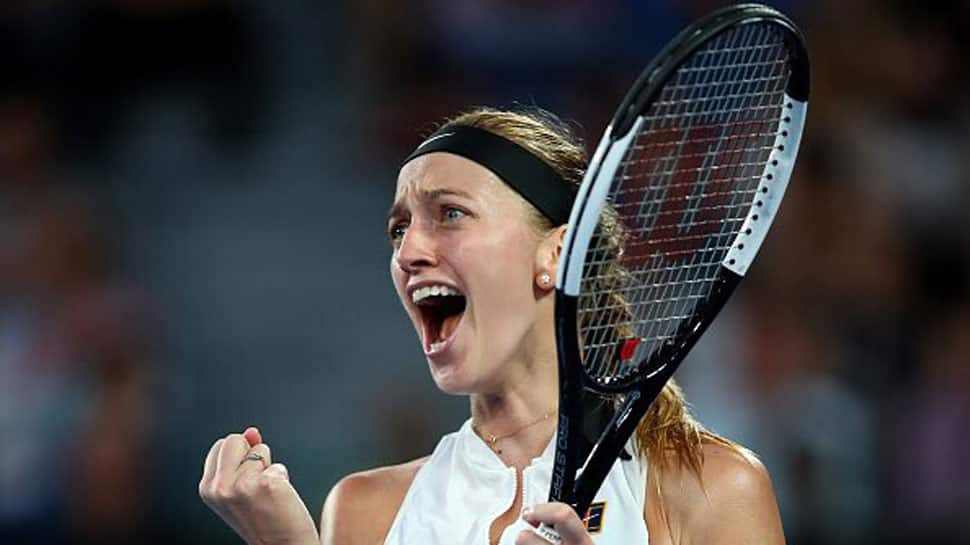 Petra Kvitova was left such a nervous wreck after being attacked by a home intruder in 2016 that she struggled to be in a room by herself, let alone have thoughts of returning to the tour as a Grand Slam contender.

At the Australian Open on Thursday, the 28-year-old Czech came within one match of crowning one of the bravest comebacks in tennis after beating Danielle Collins 7-6(2) 6-0 to reach her first final at Melbourne Park.

Kvitova missed the 2017 tournament while recovering from surgery on the stab wound to her racket hand she suffered during the attack -- the same hand that struck 30 winners to fell Collins in stifling heat at Rod Laver Arena.

It was much more than a case of overcoming a physical injury, however, with the attack having exacted a heavy mental toll on the twice Wimbledon champion.

"It wasn`t really a nice time to be dealing with everything," the tall lefthander told reporters at Melbourne Park.

"It took me really a while to believe the people around me again and especially men, for sure.

"So I wasn`t pretty confident to be alone somewhere.

"Those three months were very, very tough ... so I think that kind of the mental side was there, and I really needed to be strong and not really think too negatively about it, but of course those thoughts were there, as well.

The attack on Kvitova revived memories of the trauma that nine-times Grand Slam champion Monica Seles suffered when she was stabbed by a deranged fan during a match in 1993.

She spent two years away from the tour but returned to win the 1996 Australian Open, the last of her Grand Slam titles.

Kvitova met Seles last June during a 2018 season in which she was unable to get past the third round at any of the four Grand Slams.

"Actually, she was the one who wanted to meet me, so it was just great and a big honour," said Kvitova, who will meet U.S. Open champion Naomi Osaka in Saturday`s final.

"I know that it affected her career a lot, especially (that) it happened on the court. So it`s a bit different, but it was such a nice feeling to meet someone who kind of went through same things and thoughts and everything."

Five years after the second of her Wimbledon titles in 2014, the former world number two is again playing with the freedom and confidence that made her one of the most feared women on the global circuit.

She will head into the final against Japan`s Osaka on an 11-match winning streak, looking to become the first Czech to win the tournament since Hana Mandlikova in 1987.

"To be honest, I think not very many people believe that I can do that again, to stand on the court and play tennis and kind of play on this level," she said.