US Open 2021: Teen Leylah Fernandez knocks out another champion to reach quarters

There would be no letdown for Leylah Fernandez after the biggest win of her fledgling career, the youngster soaking up the energy from a seething Louis Armstrong crowd after dropping the opening set to three-times Grand Slam winner Kerber. 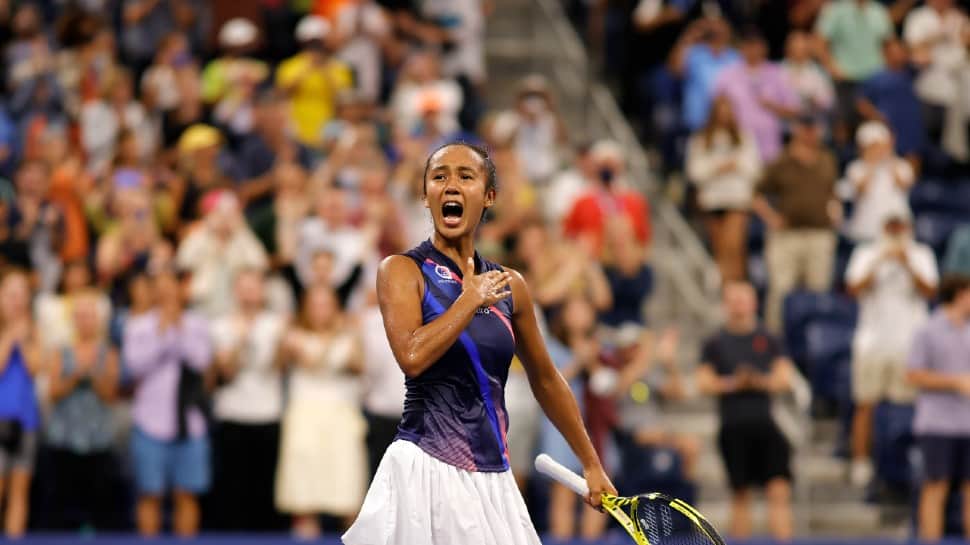 Leylah Fernandez brushed aside yet another former champion as the fearless Canadian teenager stormed into the quarterfinals of the US Open 2021 on Sunday (September 5) with a 4-6, 7-6(5), 6-2 win over 16th seed Angelique Kerber. It was a precocious and poised performance from Fernandez, who celebrates her 19th birthday on Monday and had already sent a jolt through Flushing Meadows on Friday when she stunned third seed and defending champion Naomi Osaka.

There would be no letdown for Fernandez after the biggest win of her fledgling career, the youngster soaking up the energy from a seething Louis Armstrong crowd after dropping the opening set to three-times Grand Slam winner Kerber.

“Honestly, the crowd has been amazing, so thanks to them I was able to win,” said Fernandez, who next faces fifth seeded Ukrainian Elina Svitolina. “I was just trusting my game. She’s an incredible fighter, incredible player. Just putting one more ball back in, fighting, and just having fun on the court.”

Fernandez had grabbed the early break at 4-2 but could not consolidate it as Kerber, the 2016 US Open winner, broke right back with the help of a pair of double-faults by the Canadian. Having made the breakthrough, the experienced German quickly took command, winning four straight games to open up a 1-0 lead.

But Fernandez remained unfazed, fist-pumping and screaming with each winner throughout a tight second set that went to a tie-break that she took 7-5. Kerber, 15 years older than her opponent, countered Fernandez’s enthusiasm with veteran calm and focus, but it was the 73rd ranked Canadian taking charge in the third, sweeping the final five games to cinch a breathtaking victory.

“I think it was a tough one,” said Kerber. “I mean I gave everything I had today. She played I think an unbelievable match, especially in the third set. I think she played also one of her best matches in her career, and she had nothing to lose. She went out there, she played her tennis. She really is going for her winners.”