Azarenka will next lock horns against second-seed Garbine Muguruza of Venezuela in the summit showdown of the Monterrey Open. 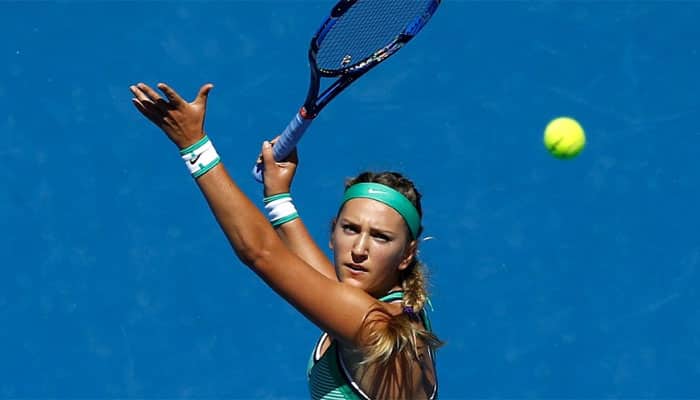 Belarusian tennis star Victoria Azarenka produced a spirited performance as she rebounded strongly from a set down to stun Angelique Kerber of German and cement her spot in the final of the Abierto GNP Seguros in Mexico on Sunday.

After comfortably winning the opening set, fifth-seeded Azarenka failed to capitalize on the same and went down in the second before she bounced back in style to clinch a 6-4, 4-6, 6-1 triumph over top-seed Kerber in a thrilling semi-final clash of the women's singles event.

With the win, Azarenka has stormed into the summit showdown of a WTA event for the first time since making a return to the tennis court following the birth of her son Leo in December 2016.

Describing the win as 'incredible', the Belarusian player said that she was quite satisfied with the way she performed today and managed the pressure of playing against a top player.

"It's quite incredible. I'm very pleased with the way I played today. It was an important match to see how I could do under pressure against a top player," the Women's Tennis Association (WTA) quoted Azarenka as saying.

"I haven't won many of those in the last couple of years, so it's good that I was able to turn it around and pick up my level, so I'm happy about that," she added.

The victory also saw Azarenka improve her head-to-head record against Kerber to 8-1 overall.

Azarenka will next lock horns against second-seed Garbine Muguruza of Venezuela in the summit showdown of the Monterrey Open.