Wimbledon: Halep and Azarenka set up battle of former world number ones

The nightmare will continue for one of them after the former world number ones set up a third round showdown. 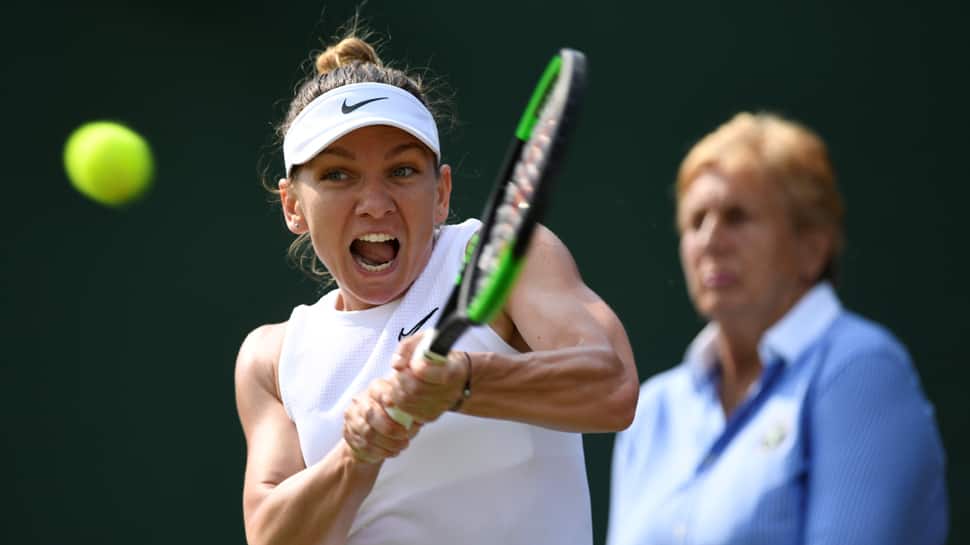 In recent years Wimbledon has not exactly been dreamland for Simona Halep and Victoria Azarenka, and the nightmare will continue for one of them after the former world number ones set up a third round showdown.

Seventh seed Halep appeared to be heading for an easy win when she was a set and 2-0 up against Mihaela Buzarnescu before her fellow Romanian stormed back to take the second set.

Buzarnescu even stopped in her tracks midway through the seventh game of the second set to hand over a bottle of water to a spectator who had fainted in the stands.

But Halep was less charitable and turfed her compatriot out of the championships with a 6-3 4-6 6-2 defeat.

Twelve months ago Halep perished in the third round despite being top seed and she will be hoping for better fortune on Friday when she faces Azarenka.

"It's going to be a big challenge for me, tough one, because she's ... very aggressive," said Halep, who has won two her four meetings with Azarenka, including at Wimbledon in 2017.

"I have to be strong on my legs to be ready for her strokes because she hits very strong."

The Belarussian made sure there was no repeat of her 2018 second-round exit as she dished out a 6-2 6-0 mauling to Australian Ajla Tomljanovic.

Halep and Azarenka were among four former WTA number ones in singles action on day three, along with Karolina Pliskova and Caroline Wozniacki.

Pliskova has long been thought of as a Grand Slam champion-in-waiting and the Czech provided evidence of her grasscourt pedigree as she hurtled past Monica Puig 6-0 6-4.

"I feel like I'm improving every day on grass," said Pliskova, who arrived at Wimbledon full of confidence after scooping her third title on grass at Eastbourne last week.

But if Pliskova was hoping her success at Eastbourne would easily translate to a Wimbledon title, she will have to buck the trends as fellow Czech Jana Novotna was the last woman to have pulled off the feat 21 years ago.

On Wednesday, though, Pliskova showed why she is considered as one of the front runners for this year's Wimbledon crown.

Watched by former Formula One driver David Coulthard from the Royal Box, the third seed appeared to be in the fast lane to victory as she dropped only two points on serve to zoom through the first set in 20 minutes.

At the other end of Centre Court, a double fault on set point summed up the kind of torturous day Olympic champion Puig was having to endure.

But just when it seemed the race was on for Pliskova to produce the first double bagel of this year's championships, the Puerto Rican drew a prolonged round of sympathetic applause as she finally won a game in the second game of the second set.

The respite was shortlived as her Czech opponent, who could topple Ash Barty from the WTA rankings summit if she reaches the latter stages of the grasscourt major, broke Puig to go 3-1 ahead and served for the match at 5-3.

Being on the edge of defeat allowed Puig to come out swinging in the ninth game as she broke Pliskova.

But if that gave Puig a glint of hope for an upset, the Czech quickly snuffed out such thoughts by breaking the 25-year-old in the very next game to seal a third-round match with Taiwanese 28th seed Hsieh Su-wei.

"The deeper you go, the better players you play so it's not going to be easy here," said Pliskova, whose only defeat on grass this season was against her twin Kristyna in the last 16 in Birmingham.

Wozniacki will be in action later on Wednesday.