Terrorist Hafiz Saeed, others to be indicted in terror financing case on December 7

ATC judge Arshad Hussain Bhutta fixed December 7 for the indictment of Saeed and others after hearing the arguments of prosecution and defence lawyers. 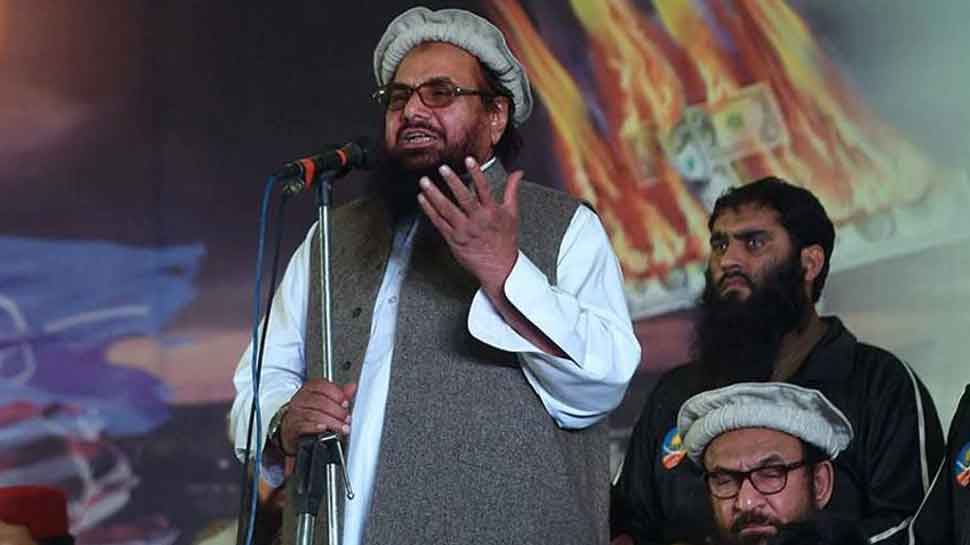 LAHORE: Mumbai terror attack mastermind and founder of proscribed terror outfit Jamat-ud Dawah (JuD) Hafiz Saeed will be prosecuted along with others for terror financing charges by an Anti-terrorism court in Pakistan on December 7. The Anti-Terrorism Court (ATC) in Lahore held a hearing against Saeed and his accomplices in the terror-financing case on Saturday and fixed December 7 as the date for the indictment of the Jamat-ud Dawa (JuD) chief and his aides.

“ATC judge Arshad Hussain Bhutta fixed December 7 for the indictment of Saeed and others after hearing the arguments of prosecution and defence lawyers,” a court official was quoted as saying by PTI after the hearing concluded.

Saeed was brought to the ATC amidst tight security from the Kot Lakhpat Jail. The journalists were not allowed to enter the court to cover the proceedings due to security measures adopted by the Punjab Police.

The Counter-Terrorism Department (CTD) of the Punjab Police had registered 23 FIRs against Saeed and his accomplices on the charges of “terror financing” in different cities of the Punjab province and arrested the JuD chief on July 17.

He is currently detained at the Kot Lakhpat Jail in Lahore.

The cases against him have been registered in Lahore, Gujranwala and Multan for collection of funds for terror financing through assets/properties made and held in the names of Trusts/Non-Profit Organisations (NPO) including Al-Anfaal Trust, Dawatul Irshad Trust and Muaz Bin Jabal Trust.

Under pressure from the international community, the Pakistani authorities have launched investigations into matters of the Lashkar-e-Taiba (LeT), JuD and its charity wing the Falah-e-Insaniat Foundation (FIF) for their holding and use of trusts to raise funds for terrorism financing.

According to the CTD, the investigation was launched into financing matters of proscribed organisations – JuD and Lashkar-e-Taiba (LeT) – in connection with implementation of the UN sanctions against these designated entities and persons as directed by NSC (National Security Committee) in its January 1 meeting chaired by prime minister Imran Khan for implementing National Action Plan.

“These suspects made assets from terrorism financing funds. They held and used these assets to raise more funds for more terror financing. Hence, they committed multiple offences of terrorism financing & money laundering under the Anti-Terrorism Act 1997. They will be prosecuted in ATCs (Anti Terrorism Courts) for the commission of these offences,” the CTD said.

The US Department of the Treasury has designated Saeed as a Specially Designated Global Terrorist, and the US, since 2012, has offered a USD 10 million reward for information that brings JuD chief to justice.

On July 3, the top 13 leaders of the banned JuD, including Saeed and Naib Emir Abdul Rehman Makki, were booked in nearly two dozen cases for terror financing and money laundering under the Anti-Terrorism Act, 1997.

The CTD had registered an FIR against Saeed and others for illegally grabbing a piece of land in Lahore and setting up a seminary. According to officials, JuD’s network includes 300 seminaries and schools, hospitals, a publishing house, and ambulance service.

In March, Punjab Police said that government seized control of 160 seminaries, 32 schools, two colleges, four hospitals, 178 ambulances and 153 dispensaries associated with the JuD and its charity wing FIF in the province.

At least 56 seminaries and facilities being run by the JuD and FIF in southern Sindh province were also taken over by authorities in the same month. Saeed-led JuD is believed to be the front organisation for the LeT which is responsible for carrying out the 2008 Mumbai attack that killed 166 people.