Sprinter Dutee Chand gets out of the Tokyo Olympic Games due to her below-par performance. Avinash Sable shattered his own 3000m steeplechase national record but failed to qualify for the final. 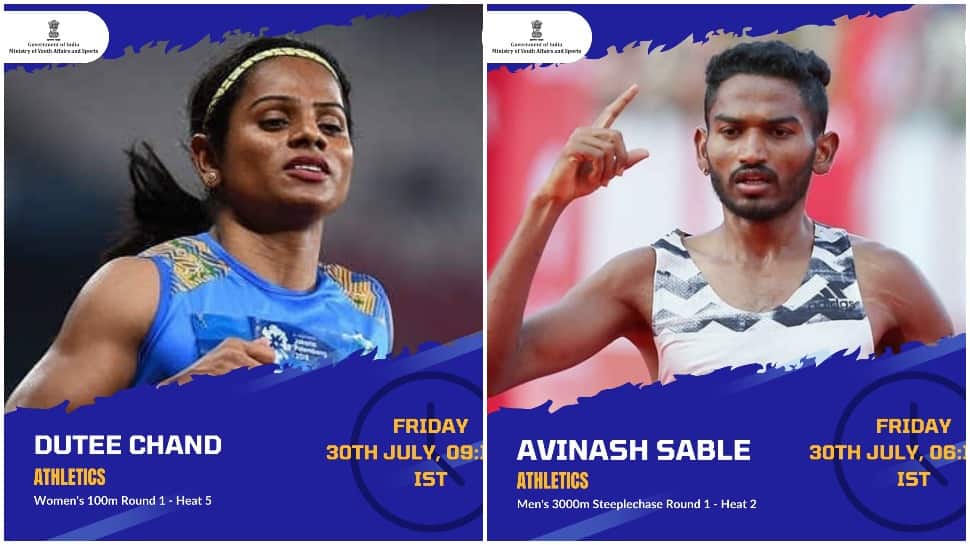 Tokyo: Avinash Sable shattered his own 3000m steeplechase national record but failed to qualify for the final while sprinter Dutee Chand produced a below-par performance to make an exit from the Olympic Games here on Friday (July 30). M P Jabir also brought up the rear in men's 400m hurdles as the Indians made a disappointing start to their athletics campaign. The 26-year-old Sable failed to qualify for the final despite clocking a better time than the top three in another heat race.

He clocked 8 minutes 18.12 seconds in heat number 2 to finish seventh and better his earlier national record of 8:20.20 that he had set during the Federation Cup in March. But he was unlucky to miss the finals cut as only the top-three finishers from each heat gain automatic entry. The top-three from heat number 3 ran in a slower time than him.

Dutee was nowhere near her best as she clocked 11.54 seconds in 100m, well outside her national record of 11.17 seconds -- also her season's best -- to finish seventh in heat 5 and 45th overall out of 54 competitors.

The first three in each of the seven heats and the next three fastest advance to the semifinals. The 25-year-old had qualified for the Olympics on the basis of world rankings, unable to breach the automatic qualification mark of 11.15 seconds.

She has also qualified for the Olympics in the 200m race on the basis of world rankings. Jabir was disappointing as he ended seventh and last in heat number 5, clocking 50.77 seconds for an overall 33rd position out of 36 competitors. The 25-year-old Indian has a personal best of 49.13 seconds.

The first four finishers in each of the five heats and the next four fastest across all qualifying heats advance to the semifinals.

You gave your best and that is all that counts, PM Modi tells fencer Bhavani after Tokyo Olympics loss