Let's take a look at some of the iconic films which were shot at Beverly Hills:

Let's take a look at some of the iconic films which were shot at Beverly Hills: 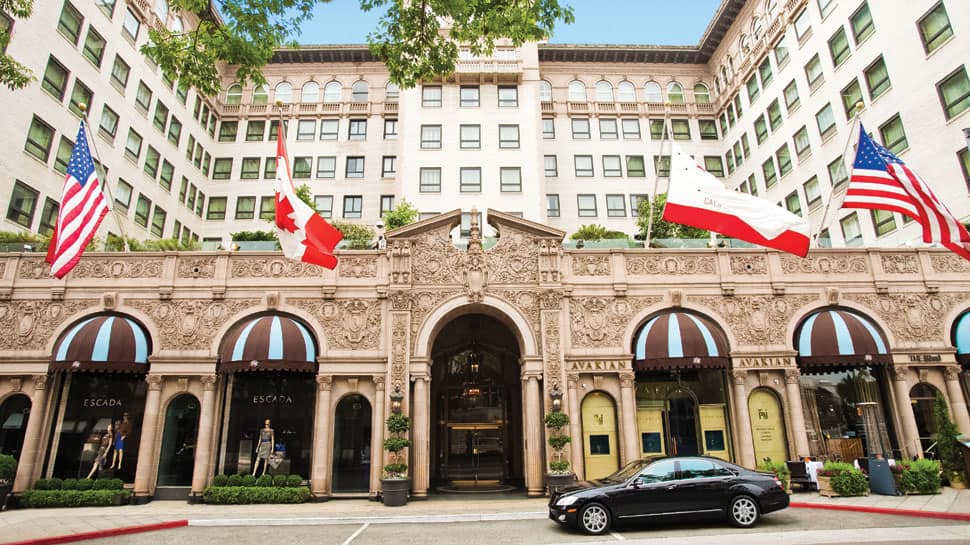 In this iconic 1990s hit, the Beverly Wilshire is showcased as the hotel where Julia Roberts’ Vivian Ward all but moves in with Edward Lewis played by Richard Gere. Beverly Wilshire’s signature striped awnings can be when she first enters the hotel, located at the base of Rodeo Drive.

The hotel remains a perfect choice for a romantic getaway, however, while the exterior and the lobby are the real Beverly Wilshire, the rooms shots were filmed on a set at the Disney Studio in Burbank. The hotel is fond of its appearance on the silver screen: it plays Pretty Woman on a constant loop in The Nail Bar, the hotel’s nail salon. 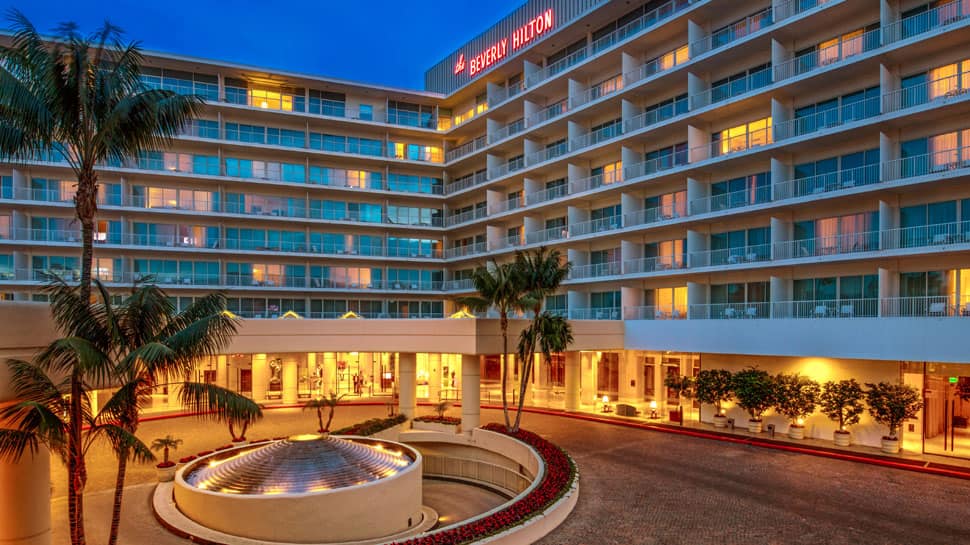 Although most of Argo, the winner of Best Picture at the 2013 Academy Awards, takes place in Tehran, Iran, not a single minute of film was shot there. Other than location shoots in Istanbul, Turkey and Washington, D.C., most of the movie was filmed in Los Angeles.

To give a film project – a cover for a CIA mission – legitimacy before embarking on the mission, characters played by Ben Affleck, John Goodman and Alan Arkin hold an intentionally high-profile press event for their fake film Argo at The Beverly Hilton in the hotel’s glamorous Stardust rooftop on the exclusive Penthouse level.

There will be Blood: 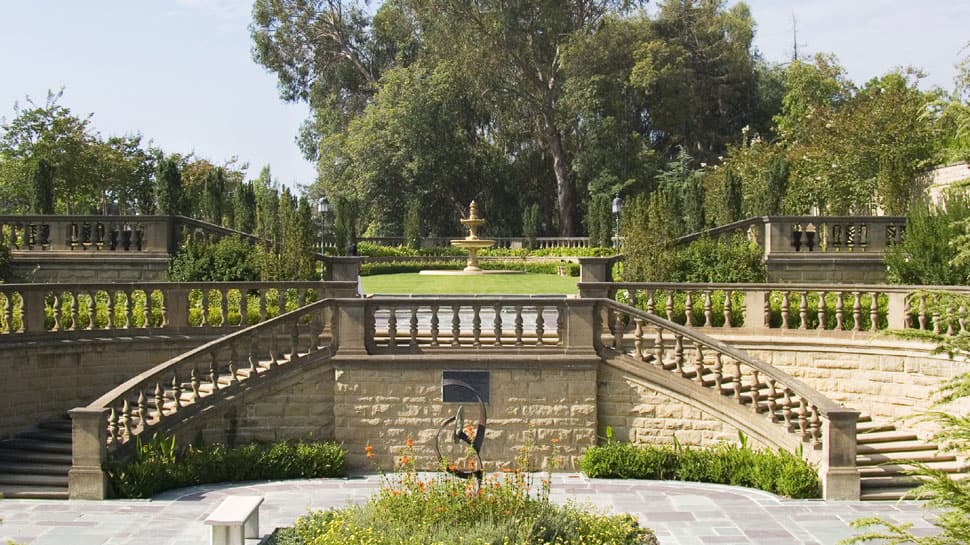 Greystone Mansion, completed in 1928 as a gift from oil tycoon Edward Doheny to his son, is a versatile estate that film crews often select for its opulent beauty and acres of manicured grounds. It was the interior of the ‘Pasadena’' mansion in the Coen brothers’ The Big Lebowski, a hospital in Star Trek into Darkness, Norman Osborn’s mansion in Spider-Man and Jack Nicholson’s 'Massachusetts' home in The Witches of Eastwick. But until recently, there was one room in the house – a partially subterranean, two-lane bowling alley – that hadn’t made it on to the big screen. That is until Paul Thomas Anderson featured it in "There Will Be Blood.” Greystone Mansion’s two-lane bowling alley is the setting for the now infamous, “I drink your milkshake” speech given by Daniel Day-Lewis.

Greystone’s other screen appearances include Ghostbusters II, Death Becomes Her, Indecent Proposal, Star Trek into Darkness, X-Men, The Muppets and Austin Powers: Goldmember. Thie interior of this palatial mansion isn’t open to the public outside of special events, but the extensive formal gardens are, and admission is free.

Beverly Hills High School has been featured in many films and TV shows, either as part of the plot or a filming location. Many movies, including Clueless, Real Women Have Curves, Whatever It Takes and The Bachelor and the Bobby-Soxer featured a scene in the school's unique "Swim Gym," one of the only gymnasiums that has a basketball court that can split open to reveal a recreational-sized, 25-yard swimming pool.

This unique architectural feature comes alive in the 1946 Christmas classic, “It’s a Wonderful Life.” Jimmy Stewart and Donna Reed dance the Charleston at the "Bedford Falls High School" prom then suddenly the gym floor slides open, plunging the dancers into a swimming pool. 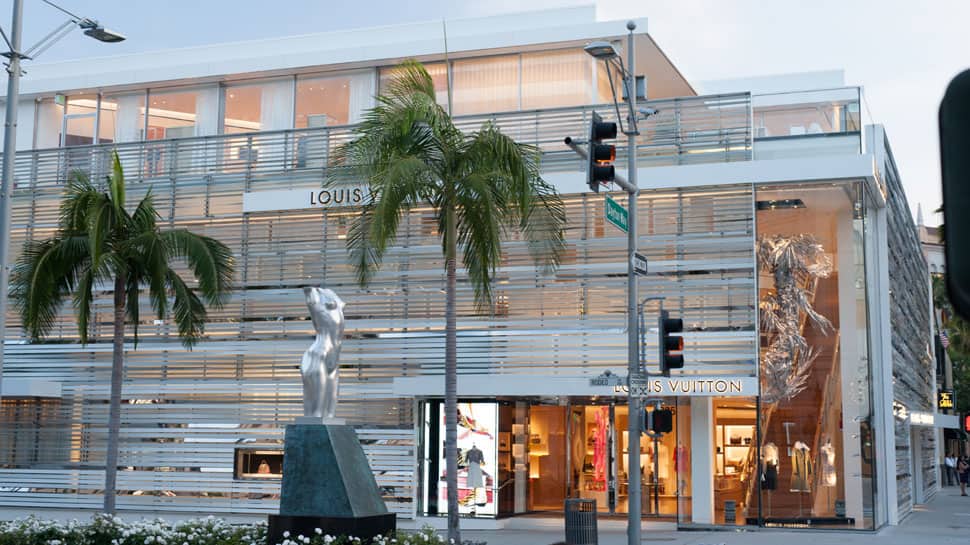 When Eddie Murphy’s character, Detroit detective Axel Foley first arrives at Los Angeles in this 1984 comedy, viewers are treated to a montage Beverly Hills’ most notable sites. He drives his convertible along Sunset Boulevard, passes one of the Beverly Hills shield signs on the city border, cruises past the Beverly Hills Hotel then heads down Rodeo Drive.