Reaching here from Guwahati, Modi unveiled the 7.5-foot-high, fibre glass statue, designed and built by the faculty and students of Tripura government`s Art and Craft College at a cost of Rs 5 lakh. 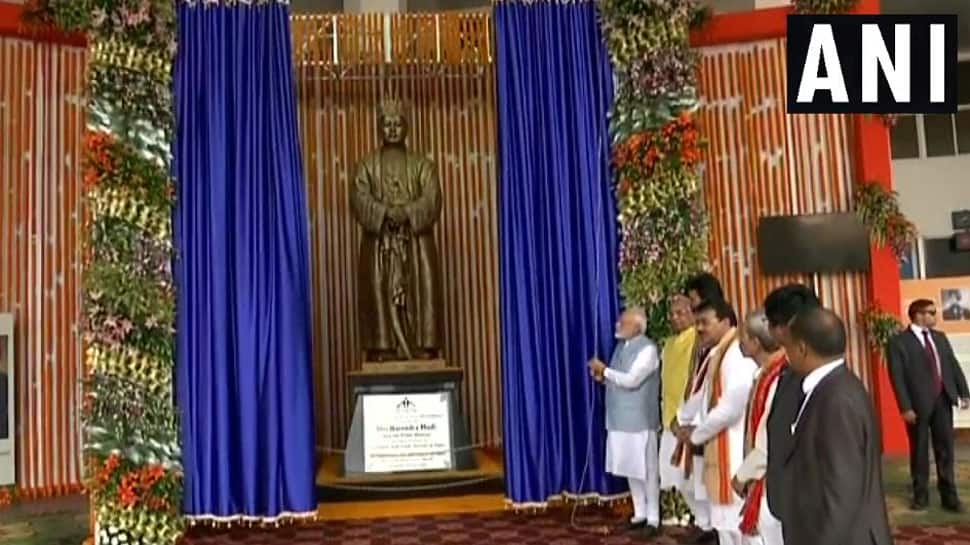 Agartala: Prime Minister Narendra Modi on Saturday unveiled a statue of Tripura`s last ruler, Maharaja Bir Bikram Kishore Manikya (reigned 1923-47), at the airport which was renamed after him in July last year.

Reaching here from Guwahati, Modi unveiled the 7.5-foot-high, fibre glass statue, designed and built by the faculty and students of Tripura government`s Art and Craft College at a cost of Rs 5 lakh. An official release said that unveiling of the late Maharaja`s statue is in line with the Union government`s policy of honouring the unsung heroes of India, who have contributed greatly to nation building.

It said the Union government renamed the airport after Bir Bikram Kishore Manikya in the wake of a long-pending demand of the people of Tripura as well as the state government to pay tribute to the last ruler of the erstwhile princely state.

It was in 1942 that the Maharaja constructed the airport, which played a crucial role in the Second World War.

The Agartala airport, earlier known as Singerbill Airport and is located 20 km north of the capital along the Bangladesh border, is the second busiest in northeastern India and provides crucial air connectivity in the region linking Kolkata and other major airports in the country.

The Airports Authority of India has undertaken a Rs 438-crore project to upgrade the airport to international standards by providing world-class facilities, a top AAI official said on Saturday. The princely state of Tripura, which was ruled by 184 kings for several hundred years, merged with the Indian union in October 1949.