US imposes sanctions on top-ranking Chinese officials over Uighur abuses

The United States Administration President Donald Trump has imposed sanctions on three senior officials of the Chinese Communist party, including a member of the ruling politburo, for alleged human rights abuses targeting ethnic and religious minorities in the western part of the country. 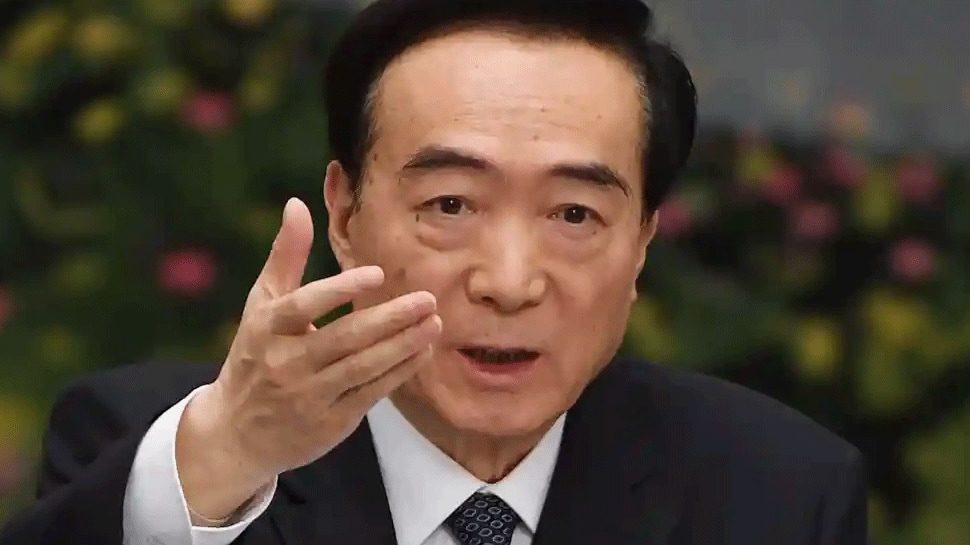 WASHINGTON: The United States Administration President Donald Trump has imposed sanctions on three senior officials of the Chinese Communist party, including a member of the ruling politburo, for alleged human rights abuses targeting ethnic and religious minorities in the western part of the country.

Secretary of state Mike Pompeo issued a statement in which he said, “The United States will not stand idly by as the Chinese Communist party carries out human rights abuses targeting Uighurs, ethnic Kazakhs and members of other minority groups in Xinjiang, to include forced labor, arbitrary mass detention, and forced population control, and attempts to erase their culture and Muslim faith.”

Pompeo’s statement, accompanied by a similar announcement from the Treasury Department, said additional visa restrictions were being placed on other party officials believed to be responsible for, or complicit in, the detentions.

The decision to bar the three senior officials from entering the US is the latest in a series of actions the Trump administration has taken against China as relations deteriorate over the coronavirus pandemic, human rights, Hong Kong and trade.

Just a day earlier, the Trump Administration had announced visa bans against officials deemed responsible for barring foreigners’ access to Tibet. Thursday’s step, however, hits a more senior level of leadership and is likely to draw a harsh response from Beijing.

The US Department of the Treasury’s Office of Foreign Assets Control (OFAC) sanctioned one Chinese government entity and three former government officials in connection with serious rights abuses against ethnic minorities in the Xinjiang Uyghur Autonomous Region (XUAR).

“The entity and officials are being designated for their connection to serious human rights abuse against ethnic minorities in Xinjiang, which reportedly include mass arbitrary detention and severe physical abuse, among other serious abuses targeting Uyghurs, a Turkic Muslim population indigenous to Xinjiang, and other ethnic minorities in the region,”  US Department of the Treasury’s Office of Foreign Assets Control (OFAC) order said.

“Since at least late 2016, repressive tactics have been used by the XPSB against the Uyghurs and members of other ethnic minority groups in the region, including mass detentions and surveillance. The PRC’s surveillance has targeted members of religious and ethnic minority groups, as the Chinese government treats almost all expressions of faith as a sign of religious “extremism” or ethnic separatism. Targets of this surveillance are often detained and reportedly subjected to various methods of torture and “political re-education.” According to press reporting, since at least 2017, more than one million Muslims have been held in these camps.” said U.S. Department of the Treasury’s Office

China is forcing women to be sterilized or fitted with contraceptive devices in an apparent attempt to limit the population of Muslim Uyghurs in western Xinjiang region, according to a new research published on June 29 last month.

"Natural population growth in Xinjiang has declined dramatically; growth rates fell by 84 percent in the two largest Uyghur prefectures between 2015 and 2018 and declined further in 2019. For 2020, one Uyghur region set an unprecedented near-zero population growth target: a mere 1.05 per mille, compared to an already low 11.45 per mille in 2018. This was intended to be achieved through “family planning work.” said the report.

The report prepared by China expert Adrian Zenz, says China's policies may amount to slow-motion demographic “genocide." Report also suggests China plans for a campaign of mass female sterilization in rural Uyghur regions, targeting 14 and 34 percent of all married women of childbearing age in two Uyghur counties. This project targeted all of southern Xinjiang. This campaign likely aims to sterilize rural minority women with three or more children, as well as some with wo children - equivalent to at least 20 percent of all childbearing-age women.

China, however, claimed that the camps have been set up to re-educate and trained the Uyghur to combat separatist terrorism and extremism. Beijing has emphasized that these camps are necessary to prevent religious extremism and terrorism. Some leaked government documents have revealed that the people are sent to these camps even for "wearing a veil" or growing "a long beard."

Drunk driver, who ran over his stepmother three times in a row at wedding in UK, jailed for six years