US woman found dead with 8ft python wrapped around her neck!

Police say there were 140 snakes at the property, and that approximately 20 of the snakes belong to Hurst. 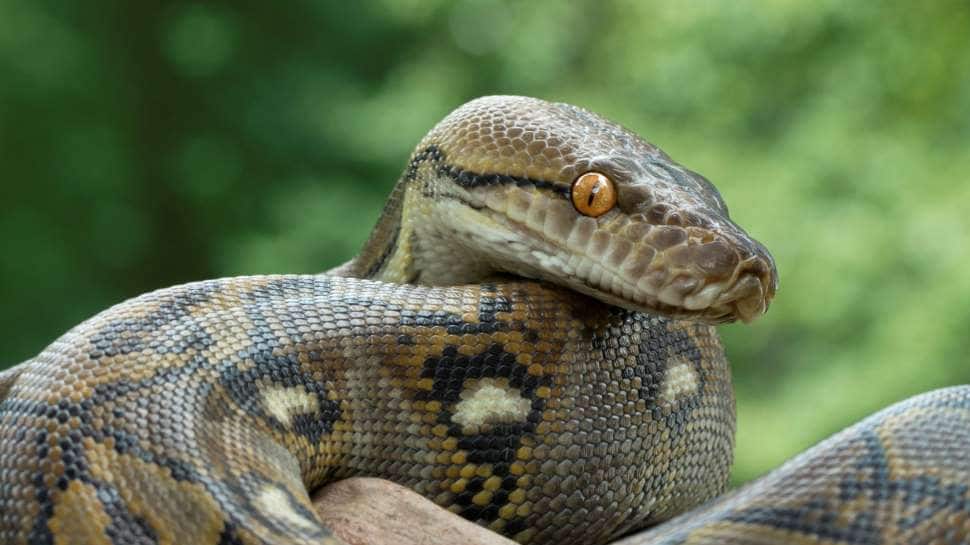 The snake was a reticulated python, which is native to southeast Asia and is considered to be the longest snake in the world. Image: Reuters
Share:
Written By:

A woman was found dead with an 8ft python wrapped around her neck, according to Indiana State Police. The snake was a reticulated python, which is native to southeast Asia and is considered to be the longest snake in the world, said a CNN report, adding that the Benton County dispatch in Oxford, Indiana, received a 911 call on Wednesday night after Laura Hurst, 36, was found unresponsive.

The victim lived in a house owned by a local sheriff that accommodates a collection of snakes. The county sheriff, Don Munson, who reportedly lives next door to the house with the snakes.

Police say there were 140 snakes at the property, and that approximately 20 of the snakes belong to Hurst. According to police, Hurst frequented the property "about twice a week."

Indiana State Police Sgt. Kim Riley told CNN that no one lives in the home and that it had been renovated and set up specifically for the collection of snakes.

Riley further said that Hurst was found on the floor and the python was around her neck. He somehow managed to unwrap the snake, but medics could not revive the woman. “She appears to have been strangled by the snake,” Riley told CNN, adding that this was not confirmed and the authorities would wait for the autopsy report.

Riley said the house contained 140 snakes and Hurst apparently owned 20 of the snakes and visited the property regularly to visit the reptiles.

Meanwhile, the police said that the investigation will continue.

Tanzilya Bisembeyeva, believed to be world's oldest person at 123 years, dies in Russia