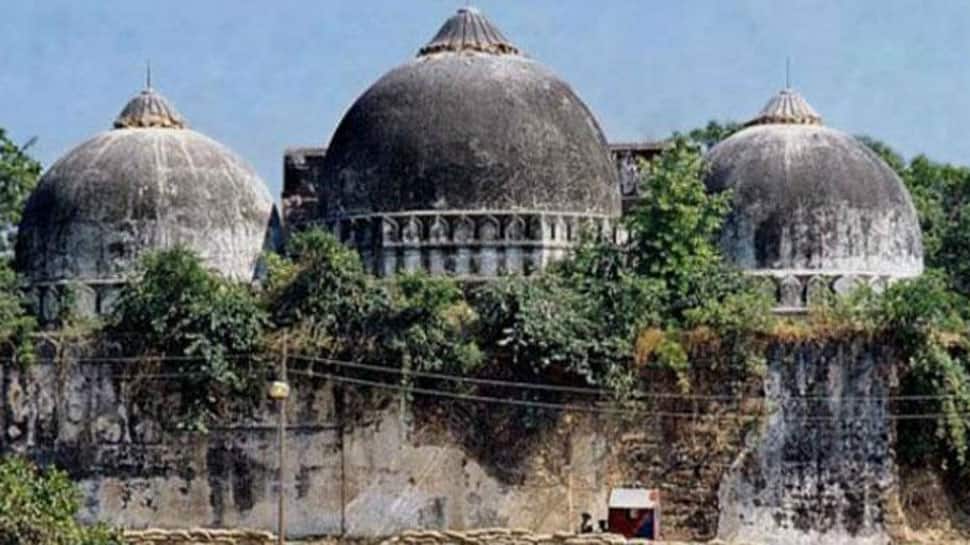 Ayodhya: Massive security arrangements have been put in place in the twin towns of Faizabad and Ayodhya as the Vishwa Hindu Parishad (VHP) and the Bajrang Dal plan to observe 'Shaurya Diwas' (Day of Valour) while Muslim organisations plan 'Yaum e Gham' (Day of sorrow) to mark 25 years of Babri Masjid demolition.

The VHP has given a call for grand celebrations on Tuesday to commemorate the silver jubilee of the demolition. Its associated organisation, the Bajrang Dal, will celebrate December 6 as 'Shaurya Diwas' and 'Vijay Diwas' (Victory Day) and have also issued appeal to people of Ayodhya - Faizabad to lit up their homes with lamps.

Some Muslim organisations in Ayodhya - Faizabad will observe December 6 as "Yaum E Gham". A functionary of the Indian Union Muslim League said they will observe this day as Black Day.

The Centre, meanwhile, has asked all the states to remain cautious and ensure peace, so that no incident of communal tension is reported from anywhere in the country.

The apex court on Tuesday ruled that the hearing will commence on February 8, 2018 on a batch of petitions challenging a 2010 Allahabad High Court verdict on the Ayodhya title suit that had divided the disputed Babri Masjid site between the Nirmohi Akhara, Lord Ram deity and the Sunni Waqf board.

A bench of Chief Justice Dipak Misra, Justice Ashok Bhushan and Justice S Abdul Nazeer directed that all the advocates on record will work in harmony and ensure that all documents are filed, if not already filed.

The mosque originally dates back to 1528. It was built in Ayodhya by Mir Baqi – a commander of Mughal emperor Babur – from where it gets the name Babri Masjid. However, a report by the Archaeological Survey of India suggested the existence of a 10th-century temple at the site.

The Allahabad High Court had in 2010 ordered a three-way division of the disputed land which has been challenged in the Supreme Court.