Talking about the February 14 terror attack on CRPF convoy in which 40 personnel were killed, the Prime Minister said that after that 42 terrorists had been eliminated till now. 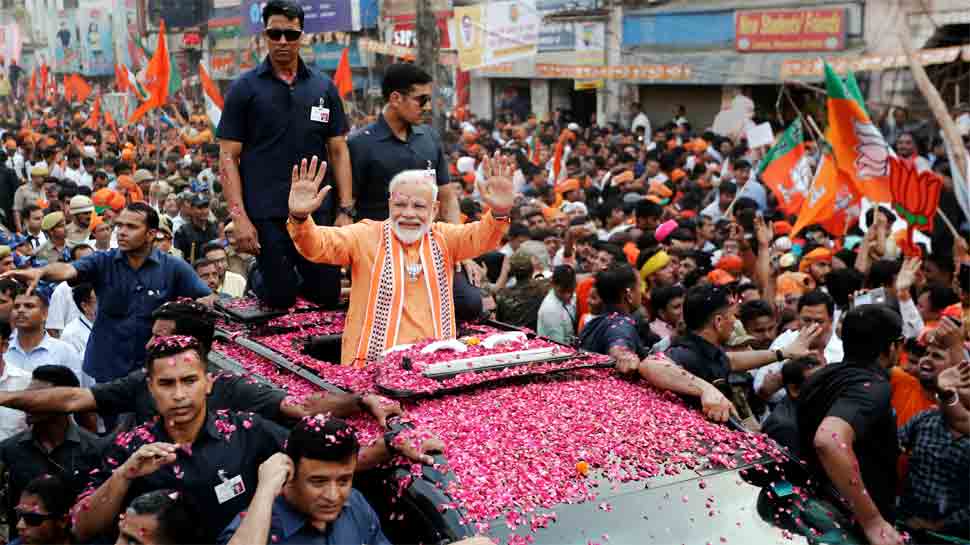 Varanasi; Asserting that his commitment was to "India first", Prime Minister Narendra Modi on Thursday said his government had given a response to terrorists "in their own language", in a reference to the IAF strike at Jaish-e-Mohammad (JeM) terror camps in Pakistans Balakot.

On the eve of filing his nomination papers from Varanasi, Modi said terrorists had frequently targeted `aastha` (faith) till 2014 by carrying out attacks at religious places such as Sankat Mochan temple here and Akshardham temple in Gujarat, but the then central government "only talked about holding talks" (with Pakistan).

"But our style is different. In similar circumstances, we told them that the new India does not just talk and tolerate, but we respond to terrorists in their own language," he said about India`s retaliatory action in Balakot after JeM carried out the ghastly attack in Pulwama.

"Whether it is the Pulwama attack, Uri attack or any other issue, I have only one mantra with which I have lived - the country comes first, India first," he said, addressing a gathering here after carrying out a mega road show and performing `aarti` (prayer) at Dashashwamedh Ghat this evening.

Talking about the February 14 terror attack on CRPF convoy in which 40 personnel were killed, the Prime Minister said that after that 42 terrorists had been eliminated till now. "The count could go up as we speak," he added.

He also referred to the bombings in Sri Lanka on Easter Sunday and asked what was the fault of those who had gathered at churches to offer prayers and be at peace.