A team of NDRF was also dispatched from Ghaziabad to the accident spot. 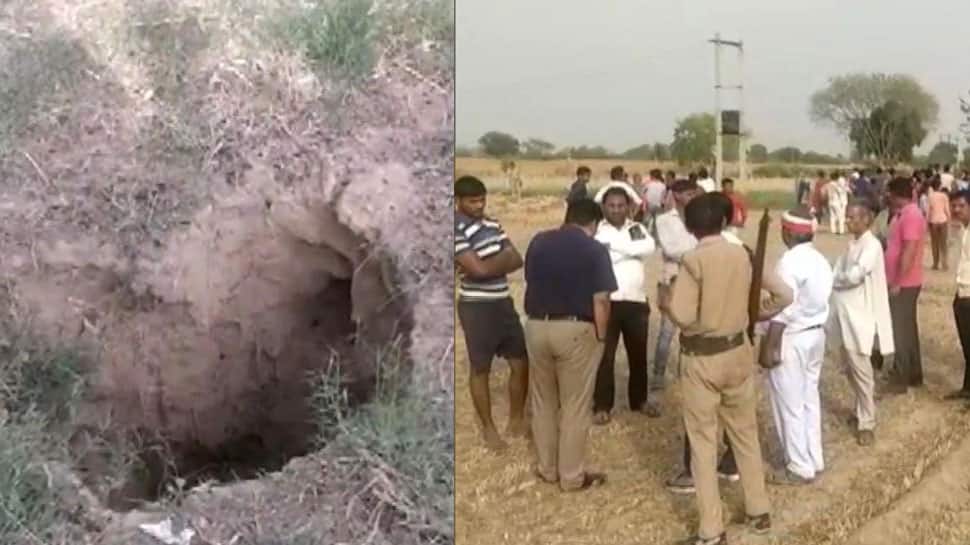 MATHURA: A 5-year-old boy accidentally fell into a 100-feet deep borewell in a village in the Mathura district of Uttar Pradesh on Saturday afternoon.

The toddler was trying to pluck fruits from a tree when he accidentaly fell into a nearby borewell.

The incident was reported from Agaryala Village in Chhata Tehsil in Mathura district on Saturday afternoon.

As soon as the news of the incident spread, the Mathura local administration officials rushed to the spot to take stock of the situation.

After reaching the spot, the officials started the rescue operation to save the child.

Mathura: Operation continues to rescue a 5-year-old boy, who is trapped in a borewell at about 100-foot deep at a village in Shergarh. Police & NDRF team present at the spot. pic.twitter.com/5xL5V1NJbN

A team of doctors was also called in to provide oxygen supply to the distressed child struck in the 100-feet deep borewell.

Meanwhile, a team of NDRF was also dispatched from Ghaziabad to the accident spot.

"After receiving the information around 3.30 PM, we rushed a team to the spot to take stock of the situation. A team of doctors also arrived soon and they are providing oxygen to the child struck in borewell,'' a local official told PTI.

"The boy fell into the borewell after he attempted to pluck fruits from a 'sahtoot' (mulberry) tree located nearby the borewell," the SDM said.