Amit Shah lays foundation stone of over 250 projects worth Rs 65,000 crore at second Groundbreaking ceremony in UP

Amit Shah congratulated UP government for the speed with which the proposed investments during the first groundbreaking ceremony inaugurated by Prime Minister last year have been materialised. 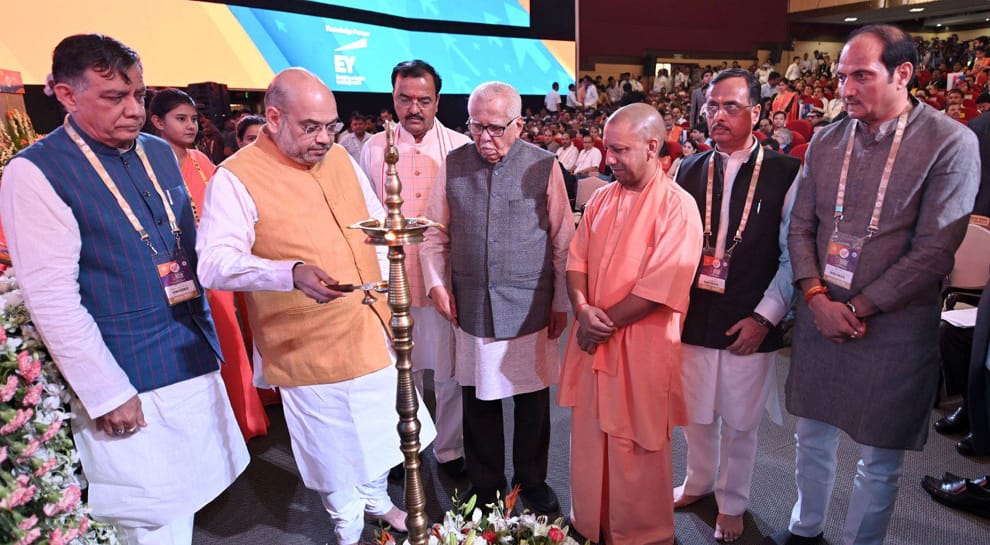 Home Minister Amit Shah on Sunday inaugurated the Second Ground Breaking Ceremony of the Uttar Pradesh Investors Summit in Lucknow and laid the foundation stone of over 250 projects worth Rs 65,000 crore. Uttar Pradesh Chief Minister Yogi Adityanath along with other dignitaries and Industry stalwarts were also present at the event.

Shah congratulated UP government for the speed with which the proposed investments during the first groundbreaking ceremony inaugurated by Prime Minister last year have been materialised. Shah said that Modi government has laid the foundation to make India $5 trillion economy and expressed confidence that when proposed investments worth Rs 4.68 lakh crore fructify on ground, UP would become a $1 trillion economy and a leading state in generating employment opportunities.

Shah also quoted Prime Minister’s vision of ‘Transforming India’ to touch each citizen’s life and make India one of the top three economies in the world. He said that the PM dreams with his eyes open and those who do that do not sleep till their dream is achieved. "Within last 5 years, Indian economy has jumped from 11th position to 6th position at global level under the Prime Minister’s leadership which is unprecedented in independent India’s history," he claimed.

The Home Minister praised Adityanath for linking the people of UP in its development story by generating employment, rejuvenating agriculture, building infrastructure, improving health and education facilities in the state, among others. "The UP government has successfully invigorated the traditional industries in the state through the ‘One District, One Product’ scheme. Within the last two years, the law and order situation has seen an unprecedented improvement, which is vital to attract investment and boost economic growth in the state. Corruption in administration has been curbed and a government servant has now truly become a citizen's servant in this government," the Minister said.

Shah also added that in the 14th Finance Commission, UP government received over Rs. 8.8 lakh crore from the Central funds for development works, which was a significant jump from the previous allocation. He assured the investors that not only the state government but the Union government is also committed to see all investments in the state fructify on the ground.

Speaking at the event, the UP CM also thanked the Prime Minister for laying down the vision of developing India and assured the global investors that the state government would facilitate ease of doing business and security of investment to realize PM’s vision.

Seven encounters in 24 hours in Uttar Pradesh, at least 7 arrested