A war of words erupted between some Congress leaders and arguments between them continued even after the meeting outside the party's war room. 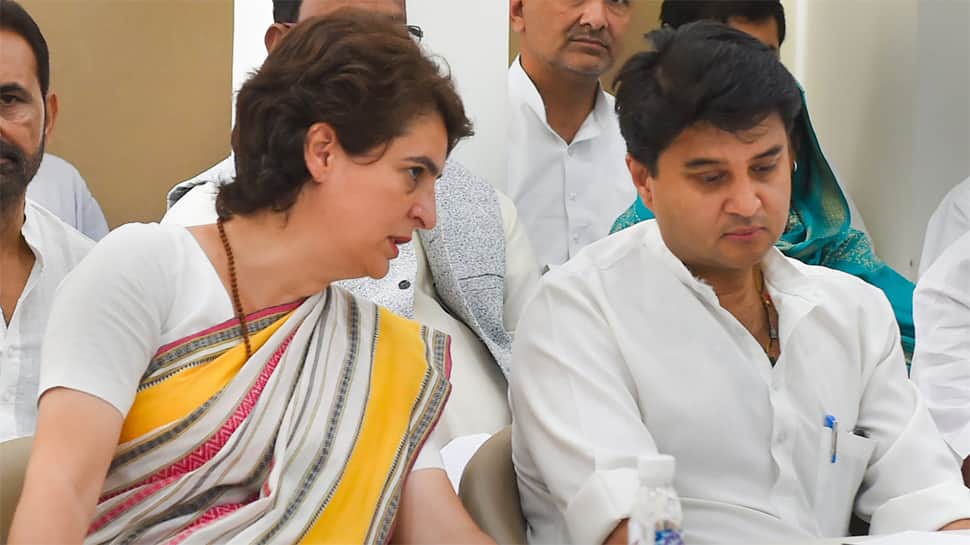 New Delhi: Some Congress leaders from western Uttar Pradesh were involved in a war of words during and after a Lok Sabha polls review meeting on Tuesday, sources said. During the meeting chaired by party general secretary Jyotiraditya Scindia, some leaders raised questions over ticket distribution and blamed senior Congress leaders for the poll debacle in the state, they said.

A war of words erupted between some Congress leaders and arguments between them continued even after the meeting outside the party's war room at 15 Gurudwara Raqabganj Road here.

#WATCH: Argument between Congress leaders from Western Uttar Pradesh following a review meeting in Delhi on election results in UP; a Congress leader says, "it's our internal matter". pic.twitter.com/HUPt5uih2R

The meeting chaired by Scindia, AICC in-charge west Uttar Pradesh, comes amid review by several state units of the party to assess the poll debacle the Congress faced, winning 52 seats across India and just one seat in Uttar Pradesh.

The reports of infighting in various state units have also come to light following Rahul Gandhi's offer to quit as the chief in the May 25 meeting of the Congress Working Committee. The CWC had unanimously rejected his offer, but Rahul Gandhi is reportedly firm on quitting the post.

There have been speculations on the need to put in place an interim arrangement for the decision making, specially in the run-up to assembly elections in Haryana, Jharkhand, and Maharashtra later this year, if Rahul Gandhi does not relent.

A party source said most of the leaders, however, are hoping that Gandhi will continue to lead the party as the Nehru-Gandhi family acts as a "glue" that binds the party together.