BJP MP Sakshi Maharaj was today left fuming after he found his name missing from the voters list for the local body elections here. 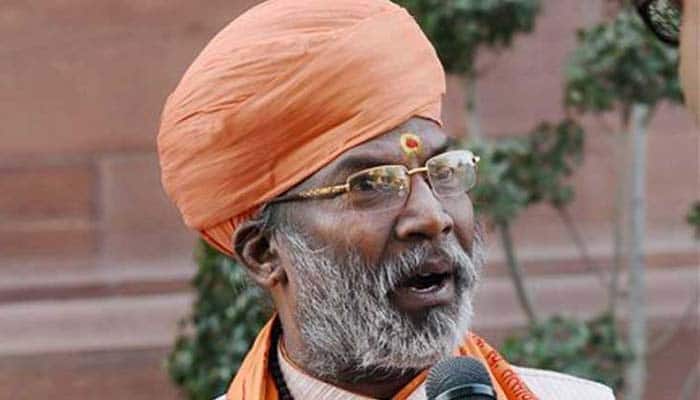 Unnao: BJP MP Sakshi Maharaj was today left fuming after he found his name missing from the voters list for the local body elections here.

The MP, who had to return from Gadankheda polling booth this morning without casting his vote, alleged that it was a conspiracy and demanded stern action against erring officials after which the district administration ordered an inquiry.

"The district magistrate (DM) is new but the additional district magistrate (ADM), who is also looking after the election process, was posted under the previous government... it is not a mere laspe that the name of the MP is missing... omission of an MP's name indicates some conspiracy," Sakshi Mahraj told reporters.

Former Congress MP Annu Tandon also could not vote as her name was missing from the voters list following which she lodged a complaint with the district administration.

The officials apologised to her and assured her of a probe into the matter after which Tandon returned from the Raja Shankar Sahai Inter college polling booth without casting her vote.

District Magistrate N G Ravi termed both the cases as serious. He said that an inquiry will be conducted and action will be taken against those found responsible for the error.

Sakshi Mahraj, the firebrand BJP MP from Unnao known for his controversial remarks, also alleged that names of some other members of his Gadankheda Sakshidham Ashram were missing from the electoral rolls.

Polling for the first phase of Uttar Pradesh civic elections was held in 24 districts today.

Polling for the 25 districts will be held on November 26 and for the 26 seats on November 29, while counting of votes for all the three phases would be done on December 1 and results will be declared on the same day.