Inspector Subodh Kumar Singh, the station house officer of Siana who once investigated Akhlaq lynching case, and 20-year-old Sumit Kumar were killed in the incident. 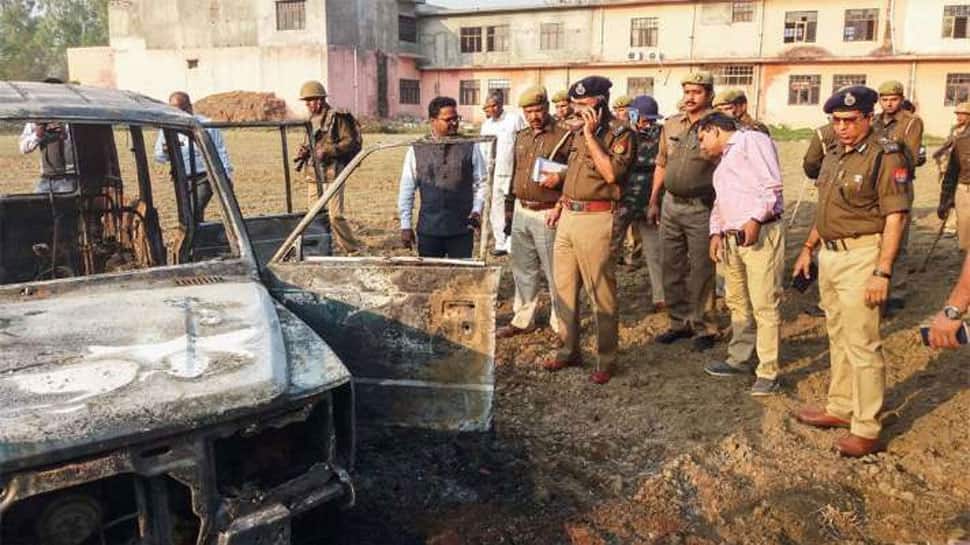 Patna: The Special Investigation Team (SIT) probing the Bulandshahr violence case, that claimed lives of a police officer and a youth, filed a chargesheet against as many as 38 people in a local court. Out of 38, five of them have been charged with murder.

"SIT filed a charge sheet against 38 people in a local court, out of the 38 people five have been charged with murder," said Atul Srivastav, Superintendent of Police.

In January, Uttar Pradesh Police recovered the mobile phone of Subodh Kumar, the slain police officer. A day after the phone was recovered from the house of an accused, it was alleged that the phone was actually planted by investigating police officials.

Wife of Prashant Natt, arrested in connection with the killing of Kumar, has alleged that cops came to her house and placed a phone which they later claimed to have recovered.

A mob of around 400 people, including right-wing activists, clashed with the police on December 3 last year in Siana area of Bulandshahr district, after allegedly discovering cow carcasses thrown in a nearby jungle. The angry mob set fire to dozens of vehicles, stone pelted and fired at police who then retaliated with gunfire.

Inspector Subodh Kumar Singh, the station house officer of Siana who once investigated Akhlaq lynching case, and 20-year-old Sumit Kumar were killed in the incident.