Uttar Pradesh recorded merely 468 fresh COVID-19 cases, the lowest daily count in over two-and-a-half months, testifying to the success of numerous proactive measures adopted by Chief Minister Yogi Adityanath in limiting the transmission of the virus in the densely populated state. 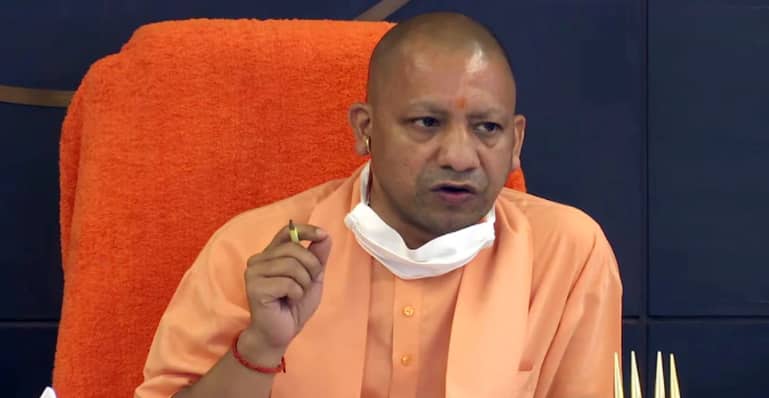 Lucknow: After exemplary handling of the first wave of the Covid-19 pandemic, Uttar Pradesh under the effective leadership of Chief Minister Yogi Adityanath is yet again emerging successful in containing its deadly second wave as the state logged fresh cases below the 500-mark for the first time since the second wave surge of Covid-19 cases.

Uttar Pradesh recorded merely 468 fresh COVID-19 cases, the lowest daily count in over two-and-a-half months testifying to the success of numerous proactive measures adopted by Chief Minister Yogi Adityanath in limiting the transmission of the virus in the densely populated state.

The Yogi-led state has also been registering a steep decline in the number of Active Covid Cases as the figure has dropped from a high of 3,10,783 in April to 8,986 now, a remarkable reduction by 97.10 percent.

Implementing measures such as the intensive 'Trace, Test & Treat' and prevention through vaccination and Partial Corona Curfews to decimate the pandemic, the UP government adopted a multipronged approach to minimise its devastating impact, as a result of which the positivity rate has slumped to 0.1 per cent.

Despite aggressive tracing and testing, Uttar Pradesh’s positivity rate - which shows the level of infections among people - has been registering a steady decline for several days indicating signs that the dangerous Covid wave is receding from the state.

Ramping up daily testing to detect the virus has helped in the fight against the second wave. True to the spirit of 'trace, test, and treat' policy, more than three lakh tests are being conducted every day in UP.

Emerging as a leader in conducting maximum COVID Tests, Uttar Pradesh has tested as many as 5,33,45,463 samples for the novel coronavirus infection so far.

Uttar Pradesh was the first state to have crossed the milestone of conducting five crore Covid tests out of which nearly 2.60 crore samples were taken from the rural areas.

UP becomes self-reliant for oxygen

Twenty-five oxygen plants were already functional in the state before the government took the step of constructing more on a war-footing to ensure the availability of sufficient amounts of medical oxygen in view of any possible future requirement.

Becoming self-reliant in terms of producing the life-saving fluid, as many as 87 of the 427 oxygen plants have already been established and are functional while work on the rest is going on in Uttar Pradesh.

Real-time monitoring of the installation work has been planned, with the district administrations being asked to continuously monitor the progress of installation work of these plants and ensure the availability of raw material so that it can be completed on time.