After spending a night in detention, Congress General Secretary Priyanka Gandhi Vadra finally met the family members of the victims of Sonbhadra massacre on Saturday. 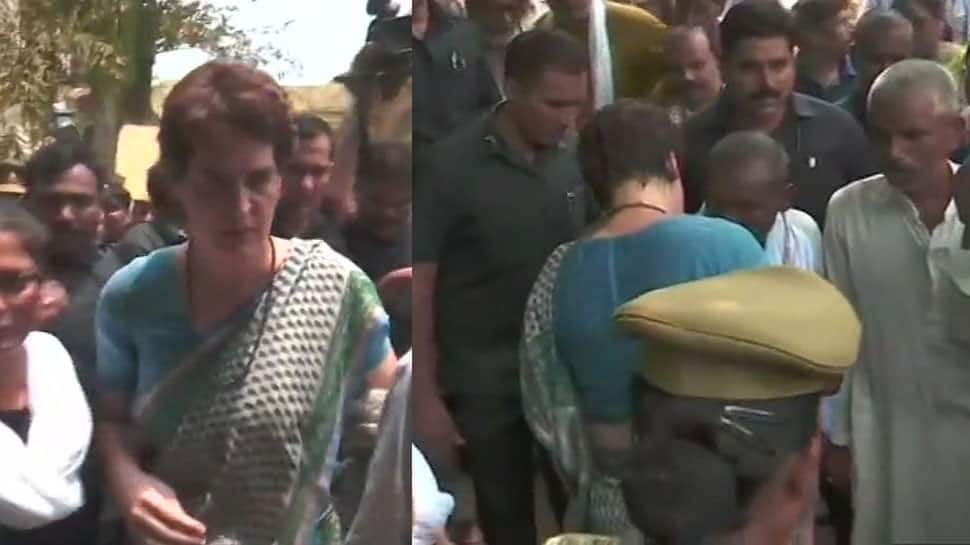 LUCKNOW: After spending a night in detention, Congress General Secretary Priyanka Gandhi Vadra finally met the family members of the victims of Sonbhadra massacre on Saturday.

The authorities did not allow Priyanka to proceed to Sonebhadra and instead brought the family members were brought to meet her at Mirzapur's Chunar Guest House, where she spent the Friday night in detention.

The Congress leader and nine others were detained in Narayanpur by police while she on their way to meet victims of Sonbhadra's firing case. The Gandhi scion refused to fill the bail bond of Rs 50,000 and insisted on proceeding to Sonebhadra in Uttar Pradesh where 10 people were killed in clashes over a land dispute on Wednesday.

A defiant Priyanka then squatted on the ground with the Congress workers and was later taken away in a government vehicle to Chunar, where she spent the night.

At least 10 people, including three women, died and over 24 were injured in a clash between Gond and Gujjar communities over a land dispute in Sonbhadra on Wednesday. The police have arrested 29 people, including the kingpin Yogesh Dutt, in connection with the violence in Sonebhadra. A case has been filed against 78 people.