The BJP chief was speaking at a party workers' meeting in Maharajganj. 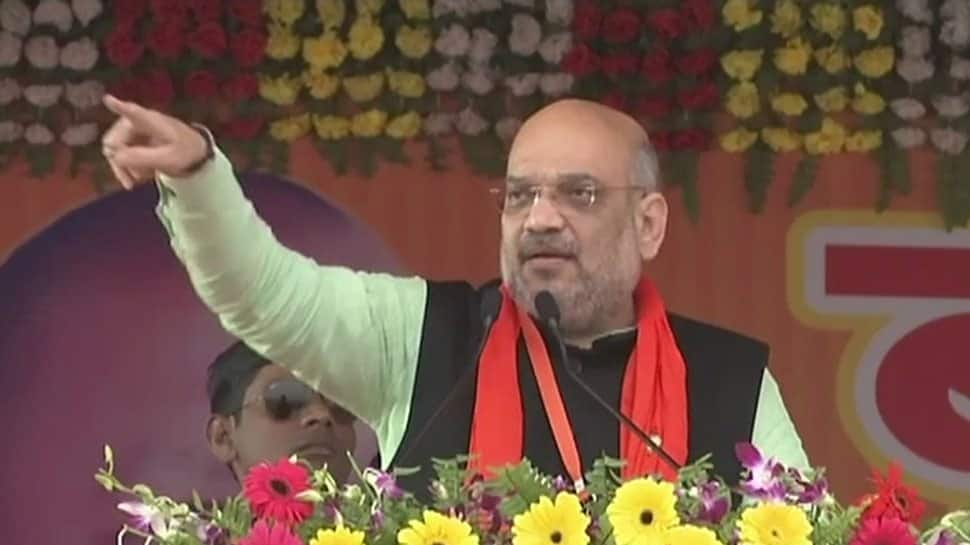 New Delhi: BJP president Amit Shah on Friday said that the intruders might be considered vote bank of BSP and SP, however, for his party, the issue of 'intruders' is a matter of national security.

Hitting out at the pre-poll SP-BSP alliance in Uttar Pradesh, Shah said, "Intruders may be vote bank of BSP and SP. For BJP, the issue of 'intruders' is a matter of national security.

The BJP chief was speaking at a party workers' meeting in Maharajganj.

Raking up the Ram Temple issue, Shah said that the BJP is committed to construct the shrine at the disputed site in Ayodhya, adding that his party seeks the view of BSP and SP regarding the matter.

He challenged opposition parties to make their stands clear on the temple.

The meeting in Maharajganj was the latest in a series of Shah's interactions with party workers, ahead of the Lok Sabha elections.