The SP chief attacks BJP over missing Rafale files and the recent shoe brawl that took place between party lawmakers. 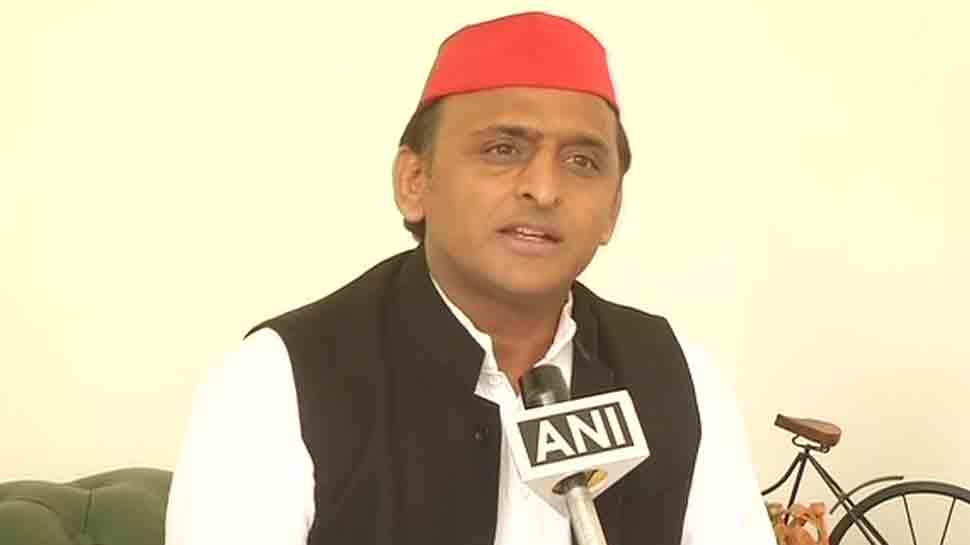 Lucknow: Samajwadi Party chief Akhilesh Yadav on Thursday took a dig at Narendra Modi-led government and asked if BJP was pursuing a 'jhoot and boot' campaign in the country. Akhilesh's comment a day after BJP's two legislators were caught on camera exchanging blows with each other during an event.

By the term 'jhoot' (lies), Akhilesh appeared to be referring to the multi-crore Rafale aircraft deal, which the Opposition has alleged involved corruption. With 'boot', he mocked the government over the 'shoe brawl' between the BJP representatives at a district committee meeting at Sant Kabir Nagar district in Uttar Pradesh.

"First there were parallel negotiations. Then the (Rafale) files were stolen. Meanwhile, in Uttar Pradesh, MP-MLA used shoes for dispute resolution at a meeting to discuss development. Now BJP workers are asking their leaders as to what campaign is on? The 'jhoot' and the 'boot' or the youth and the booth?" Akhilesh said in Lucknow today.

"When the country's PM says Ighar main ghus ke maroonga', and the CM goes one step ahead and says 'thoko'. When the PM and the CM use such language that shouldn't be used in a democracy; that's what will happen," he said.

On Wednesday, the BJP-led government at the Centre told the Supreme Court that documents related to the agreement had been stolen from the Defence Ministry.

One of the legislators, involved in the fight, was caught on tape, using his shoe to hit the other.

On Thursday, Akhilesh's ally in Uttar Pradesh for the general election, Bahujan Samaj Party supremo Mayawati, too had a dig at the Centre's disclosure about stolen Rafale jet deal documents. "The Modi govt made a sensational disclosure in the Hon'ble Supreme Court that secret documents pertaining to Rafale fighter deal were stolen from the Defence Ministry. Very strange & irresponsible chowkidari. Is national security & interest in the safe hands? Think long & loud," she tweeted.