The family of Kothari brothers - Ram Kumar and Sharad Kumar – who laid down their lives during the Ram Temple movement in Ayodhya almost three decades ago is among the 175 distinguished guests who have been invited by the Sri Ramjanmbhoomi Teerth Kshetra Trust for ground-breaking or 'Bhoomi Pujan' in Ayodhya on August 5. 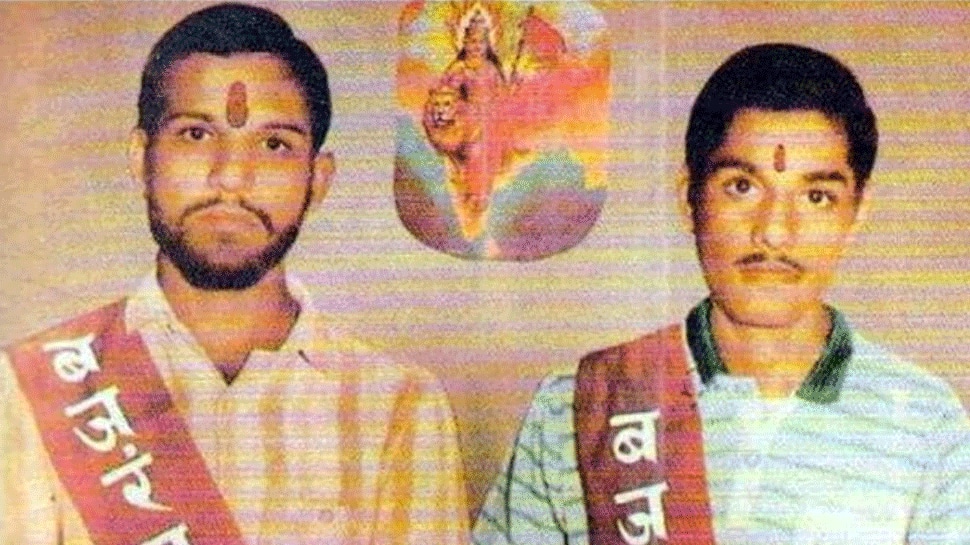 NEW DELHI: The family of Kothari brothers - Ram Kumar Kothari and Sharad Kumar – who laid down their lives during the Ram Temple movement in Ayodhya almost three decades ago is among the 175 distinguished guests who have been invited by the Sri Ramjanmbhoomi Teerth Kshetra Trust for ground-breaking ceremony or 'Bhoomi Pujan' in Ayodhya on August 5.

According to reports, two members of the Kothari family -Purnima Kothari and her niece Yashashwini Kothari - have been formally invited by the Trust to attend the ‘Bhoomi Pujan’ which will mark the formal beginning of the Ram Temple construction work in Ayodhya.

Brothers Ram Kumar Kothari and Sharad Kumar, then in their twenties, were among the Kar Sewaks who were killed in police firing during the peak of Ram Temple movement in Ayodhya nearly 30 years ago. The Kothari family had since been waiting for this moment to come and now feels elated over being invited for the ceremony.

The two members of the Kothari family will collect soil from the place where both kar sevaks were born. Besides them, some other enthusiasts have also collected soil from the famous Belur Math temple and other temples as far as Andaman & Nicobar Islands which will be used in the Bhoomi Pujan in Ayodhya.

While the Kothari family is ecstatic over getting the invitation from the Trust, the Mamata Banerjee-led Trinamool Congress government has announced a lockdown on August 5 in West Bengal. This has triggered a controversy in the political corridors. BJP has alleged that the Mamata government has deliberately taken such a step to please a particular community and hurt the religious sentiments of Hindus.

The Kothari family has also expressed its displeasure against the lockdown announced by the Mamata government. Purnima Kothari alleged that the government of West Bengal is being biased.

When she was asked about the threat of coronavirus looming large in Uttar Pradesh and whether it would be right to hold such an event, she said the Bhoomi Pujan is being done while keeping in mind the Centre’s guidelines for social distancing.

The Sri Ramjanmbhoomi Teerth Kshetra Trust authorities have maintained that the ceremony to lay the foundation of the temple will be a low-key affair. Ahead of the 'Bhoomi Pujan' on August 5, the General Secretary of the Sri Ramjanmbhoomi Teerth Kshetra Trust has extended the invitation to 175 people, including 135 saints of 35 religious organisations, to attend the foundation stone-laying ceremony of Ram Temple.

"We have sent invitations to 175 people including 135 saints of about 36 religious organisations of India in this event. We have also invited Iqbal Ansari (former litigant in Ayodhya land dispute case) and Padma Shri Mohammed Sharif (who does cremation of unclaimed dead bodies according to their religion) to attend the foundation stone laying ceremony," Champat Rai said while addressing the press conference.

He also said that all the invitees will reach Ayodhya by Tuesday evening. Acharya Satyendra Das, chief priest of the makeshift temple on Sunday had stated that the idol of Ram Lalla will be dressed as per the day`s significance. "For Monday, it would be white clothes, for Tuesday it would be red clothes and for Wednesday it would be green clothes. We have also kept an option of yellow and saffron clothes," he had said.

Ahead of Ram Temple Bhoomi Pujan in Ayodhya, 'Nishan Puja' held at Hanumangarhi

Schools opened in some states of the country, know these rules before sending children