PM Modi was speaking at an event in Agra where he launched civic projects worth Rs 2,980 crore. 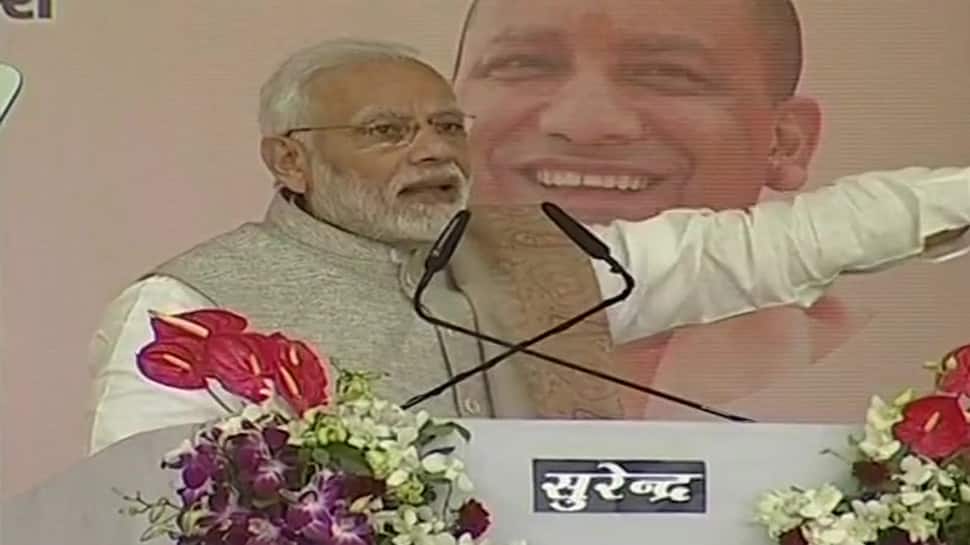 Agra: Prime Minister Narendra Modi on Wednesday hit out at the Opposition saying that the political rivals who did not even like to see each other are now coming together just to oppose the ruling BJP government.

The Prime Minister lashed out at Congress president Rahul Gandhi and said that he insulted women with his remark on Defence Minister.

PM Modi was speaking at an event in Agra where he launched civic projects worth Rs 2,980 crore.

He launched the Gangajal project to provide better and more assured water supply and also laid the foundation stone for an Integrated Command and Control Centre for the Agra Smart City project.

The smart city project is meant to develop the tourism destination as a modern world-class city.

The Gangajal programme will provide Agra with better water supply, benefitting both the residents of the city as well as tourists, officials said.

Besides, the SN Medical College in Agra will be upgraded with a 100-bed maternity wing.

This is Modi's second visit to the city.

During his earlier visit in November 2016, he had launched a housing project, the PM Awas Yojana (Gramin).

Under this scheme, 65 lakh houses have been constructed so far, including 9.2 lakh in Uttar Pradesh, according to the government.