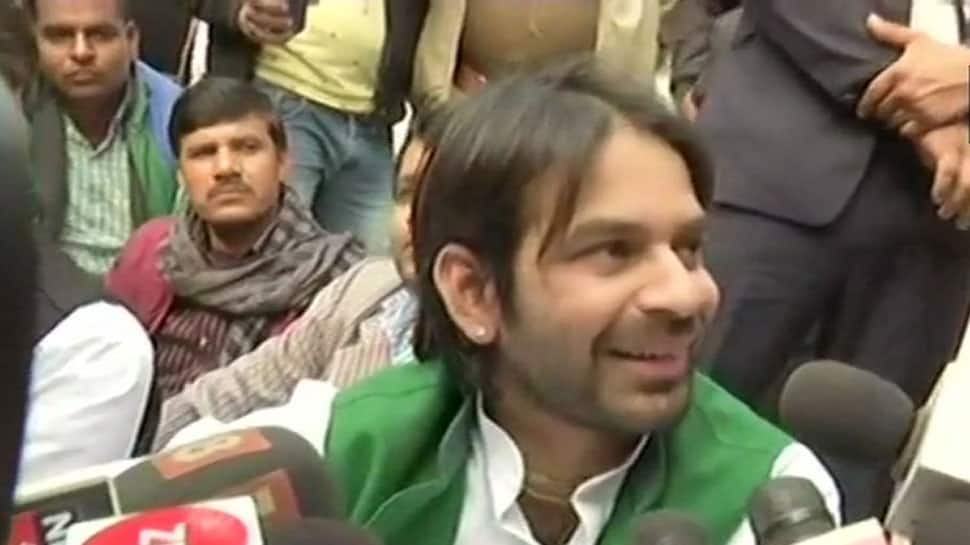 Patna: RJD supremo Lalu Prasad Yadav's elder son Tej Pratap Yadav on Tuesday invited BJP MP Shatrughan Sinha to join the Rashtriya Janata Dal. He added that he is in constant touch with the actor-turned-politician and has been to his Mumbai residence.

"I talk to Shatrughan Sinha from time to time. I have also been to his place in Mumbai. I am still inviting him (to join RJD). He can join us at our Janta Darbar," Tej Pratap told reporters on being asked if Sinha would leave the BJP to join RJD.

His statement came after apparently sidelined BJP MP from Patna Sahib Shatrughan Sinha criticised Prime Minister Narendra Modi while sharing the dais with opposition leaders at an anti-BJP rally organised by All India Trinamool Congress (TMC) in Kolkata on Saturday.

"If speaking truth amounts to rebellion then, of course, I am a rebel," Sinha had said adding, "I am in BJP but before that, I am with the people of the country. Party is bigger than individual and nation is bigger than the party."

Taking 'cognizance' of his presence, the ruling BJP warned that Sinha will face 'action' for attending the Opposition rally.

Following the criticism, Sinha said that he will quit his party if asked by its apex leadership. He also hit out at Bihar Deputy Chief Minister Sushil Kumar Modi for raising questions over his 'uncertain' political future.

Sinha has been critical of the party leadership for quite some time, terming it as a "one-man show and two-man army" besides sharing the stage with people opposed to the regime on a number of occasions.

Party insiders say the leadership has refrained from taking any disciplinary action against the disgruntled MP - who has slim chances of being reconsidered for a ticket in the upcoming Lok Sabha polls - since it could benefit the outspoken actor-turned-politician, who is known for his gift of the gab.

UP Shia Waqf Board chief Waseem Rizvi asks PM Modi to shut all madrasas, claims ISIS ideology being promoted there