Priyanka, who is the eastern Uttar Pradesh in-charge of Congress, tried to reach out to voters urging them to bring a government that works for them. 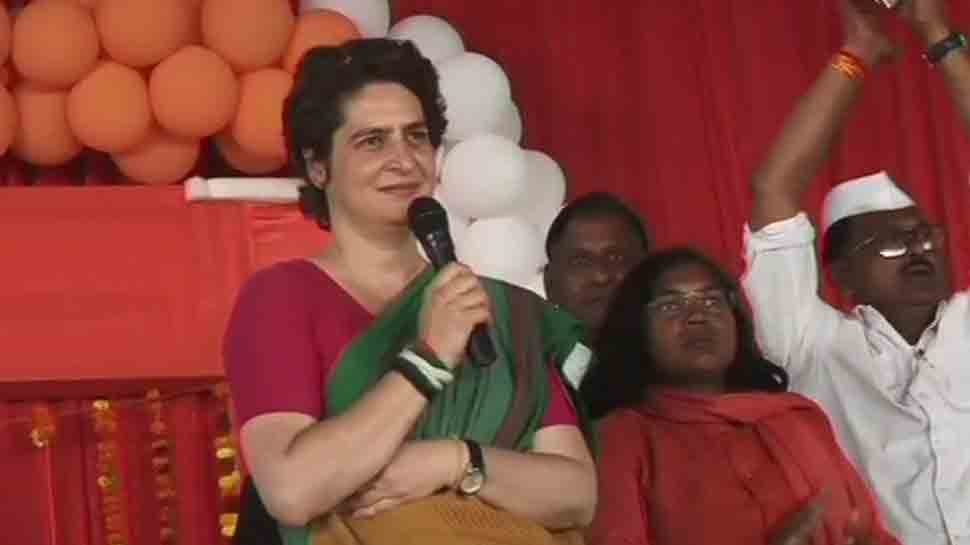 New Delhi: With less than a month to go for the Lok Sabha election, Congress general secretary Priyanka Gandhi Vadra on Monday kicked off her three-day boat campaign in Uttar Pradesh's Prayagraj.

Priyanka, who is the eastern Uttar Pradesh in-charge of Congress, tried to reach out to voters urging them to bring a government that works for them and asserted, "my brother Rahul Gandhi does what he says."

The 47-year-old Congress general secretary will cover a distance of around 100 kilometres by boat in Ganga from Allahabad to Varanasi. Earlier today, she visited Sangam and performed a puja along with her party leaders at the Bade Hunaman Mandir, which is also famous as 'Letee Hanuman Ji'.

Priyanka has been assigned with the task of leading campaign in regions where political opponents like the BJP and BSP-SP have a strong presence. At the Dumduma ghat, Priyanka said that she had come here to listen to issues faced by people rather than giving speeches.

She asked the people to bring a government which works for their betterment. "My brother Rahul Gandhi does what he says. In Madhya Pradesh, within ten days of Congress coming to power, farmers' loans were waived. Same happened in Rajasthan."

"I want to urge you, my brothers and sisters, to vote wisely in these elections and form a Congress government so that your problems could be looked into. This area has specific problems," she said. Priyanka added thats she is aware that sand mining rights have not been given to boatmen who are 'ganga putra' and said, "Rahul Gandhi has said that a separate ministry for them will be created".

Taking another halt at the Sirsa Ghat, Priyanka said that the electorate has witnessed Congress governments during which schemes like MNREGS was launched and regretted that jobs have become scarce in the present times. "Elect a government for yourself as the responsibility of the country is on you... It is because of you that we are standing here," she said. "When you will strengthen the Congress and Rahulji, you will see in the times to come that development is taking place," she said referring to her brother and Congress President.

She asserted that political transformation in Uttar Pradesh won't be possible without listening to the voices of the people and sharing their pain. "Hence, I have come to your doorstep for a Sachaa Samwaad (genuine conversation). I assure you that based on the conversation with you, we will bring transformation in politics. We will move towards solving your problems," she said.

After a night halt in Sitamarhi in Bhadohi district, Priyanka will resume her onward journey on Tuesday morning that will culminate in Varanasi on Wednesday.

Elections are 'picnic' for Gandhi family, says BJP on Priyanka Gandhi's UP visit