The cabinet also cleared Rs 200 crore for the preparation of a detailed project report and the acquisition of 28.28 hectares of land identified for setting up the statue by the district magistrate of Ayodhya. 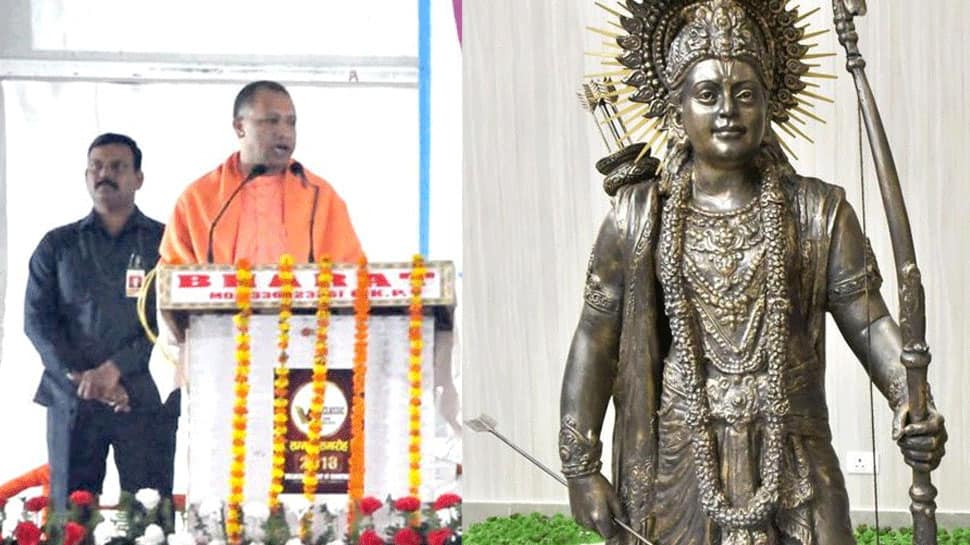 Lucknow: The Uttar Pradesh government will sign an agreement with the Gujarat government seeking technical support for the construction of a massive statue of Lord Ram in Ayodhya.

A cabinet meeting chaired by Chief Minister Yogi Adityanath on Saturday night gave its approval for signing an MOU for guidance and support on technical proposal, design etc, an official spokesman said on Sunday.

The cabinet also cleared Rs 200 crore for the preparation of a detailed project report and the acquisition of 28.28 hectares of land identified for setting up the statue by the district magistrate of Ayodhya, the spokesman said.

On the lines of Gujarat's Statue of Unity, a chief minister-headed trust would oversee the project, he said, adding a high-powered committee will be set up for smooth conduct of the construction work.

The area around the statue will have a digital museum, interpretation centre, library, parking space, food place etc., he added.

Additional Chief Secretary and Principal Secretary Tourism Avinish Awasthi said it will take a minimum of three years to build the statue, which will be financed through corporate social responsibility fund.

"It has been decided that while the government will develop the infrastructure and facilities surrounding the site, CSR funds or donations will be used for the construction of the statue," Awasthi said.