Vikas Dubey - The dreaded gangster who dominated Kanpur, wanted in over 60 cases of kidnapping, murder and extortion

Vikas Dubey, the dreaded Kanpur-based gangster who is on the run after killing eight policemen recently, is an infamous history-sheeter in Uttar Pradesh and has over 60 cases in his name. 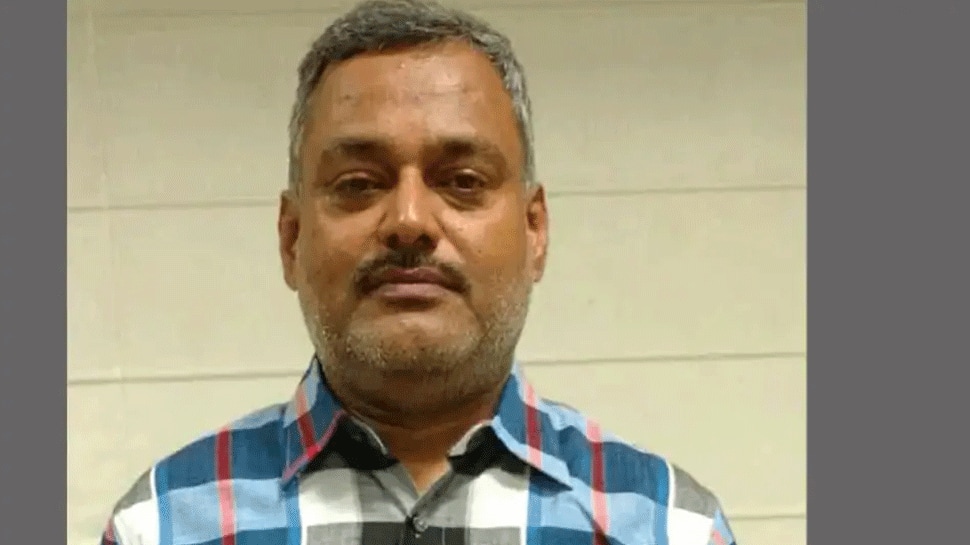 NEW DELHI: Vikas Dubey, the dreaded Kanpur-based gangster who is on the run after killing eight policemen recently, is an infamous history-sheeter in Uttar Pradesh and has over 60 cases in his name.

Vikas Dubey is also known to have murdered a minister in the former Rajnath Singh government in UP.

In 2001, Vikas Dubey barged into a police station and gunned down Santosh Shukla, who was then a minister in the Rajnath Singh-led UP government.

He was, however, acquitted in the case due to lack of enough evidence against him.

Vikas Dubey's journey into the world of crime began in 1990’s. Over the years, he gained notreity as a dreaded gangster and was named in several cases of attempt to murder, kidnapping, extortion and rioting.

In 2002, Vikas Dubey grabbed huge tracts of land by illegal means and amassed massive properties in Kanpur and surrounding areas. During this time, Vikas Dubey fully dominated the Kanpur city along with Bilhaur, Shivrajpur, Rinyan and Choubepur areas.

In 2000, he was named in the murder of Siddheshwar Pandey, an Assistant Manager of Tarachand Inter College in Shivali police station area of Kanpur. He is also said to have plotted the murder of Rambabu Yadav from within the jail in the same year.

In 2004, Dubey was accused of the murdering cable businessman Dinesh Dubey.

In 2018, he carried out a deadly attack on his cousin Anurag and had plotted the entire plan from within the premises of Mati jail. Anurag's wife had named four people, including Vikas Dubey, in the attack.

Vikas Dubey had also won the election of Nagar panchayat in Shivrajpur while being lodged in jail.

Earlier this year, Dubey was booked for two criminal cases. The cases were filed on charges of kidnapping, attempt to murder, and extortion.

He also has businesses in the real estate sector and has several considerable assets in the village.

The gangster is also accused of extorting money from big businessmen. Police investigation has revealed that he used to earn a hefty amount in the name of getting contracts for his close aides and and vacating the properties.

At least eight policemen including senior police officer of the rank of deputy superintendent of police and four constables were shot dead in Uttar Pradesh's Kanpur during a police raid to nab noted history-sheeter Vikas Dubey's house on July 2 late night.

Teams from three police stations had gone to Bithoor's Dikru village in Chaubepur police station area in search of Vikas Dubey, who has 60 cases registered against him. A raid was planned at his village after he was accused in a fresh attempt to murder case.