A studio has been set up in the SSP office with standard background and lighting. The newsroom has several celebrity anchors such as filmmaker Prakash Jha, actor Sanjay Mishra, an Italian National Geographic producer Raz. 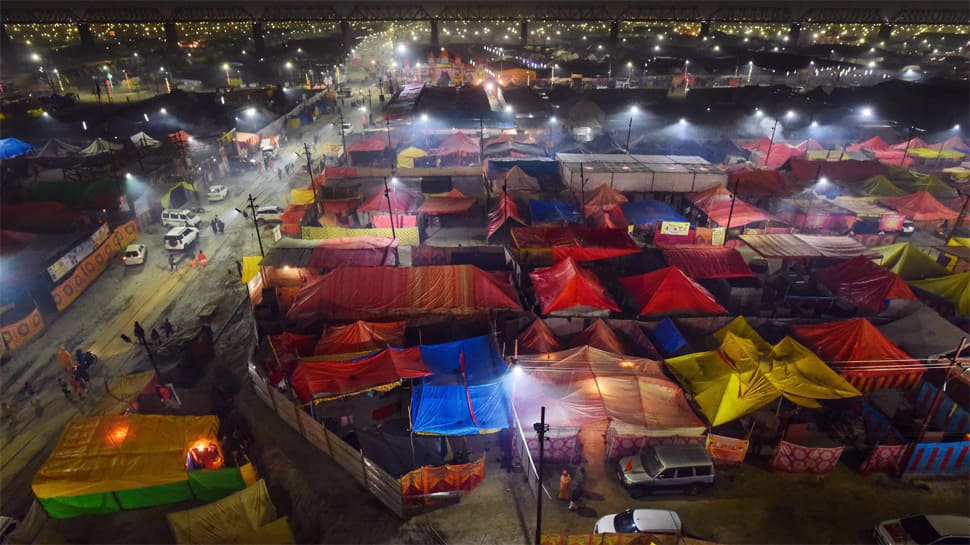 Lucknow: News bulletins prepared by Uttar Pradesh Police on daily activities at the Kumbh Mela, one of the largest religious gatherings in the world, have become a big hit, with Bollywood celebrities such as Sanjay Mishra and Prakash Jha hosting shows.

Available on YouTube, Instagram, Facebook and Twitter, the bilingual 'Suraksha Bulletin' is shot by media students and professionals. "This is the first attempt of its kind by any government organisation anywhere in the world to produce anchor-based news bulletins. For this, the police department has prepared capsules, providing information on everyday's development in the Kumbh Nagri," DGP O P Singh told PTI.

The capsules have been very successful in providing information to visitors at the Mela, the DGP said, adding, "We are also contemplating to replicate this arrangement in the entire state."

A studio has been set up in the SSP office with standard background and lighting. The newsroom has several celebrity anchors such as filmmaker Prakash Jha, actor Sanjay Mishra, an Italian National Geographic producer Raz.

Superintendent of Police (Media) Rahul Srivastava, who is overseeing this arrangement, said several senior officers, foreign nationals, dignitaries were interviewed in the newsroom and the bulletins were uploaded on the social media and also shared with media centre of the Mela administration. Srivastava said the bulletins helped the department in "alerting people and avoiding chaos".

The DGP said the UP Police has won laurels in the past for effective police-citizen communication and grievance redressal through social media.  "The TwitterSeva of UP police is a case study of sorts when it comes to changing the paradigm of interaction between police and citizens," he said.

For Kumbh Mela, police devised an effective communication strategy which was "unique" and a robust social media cell was set up, the DGP said.

A website of the Kumbh Mela police was created with details of police and traffic arrangements, relevant maps, necessary information and even geo locations of police stations to assist the pilgrims.
Srivastava said a Kumbh Mela police cell started in December and the team was trained in the basics of social media.

The Kumbh Mela this year is spread over an area of 3,200 hectare as compared to 1,600 hectare area in the previous mela. It started on January 15 and will end on March 4.