The incident took place on Saturday night near Chandikadhar on Kedarnath road, about 60 km from Rudraprayag district headquarters. 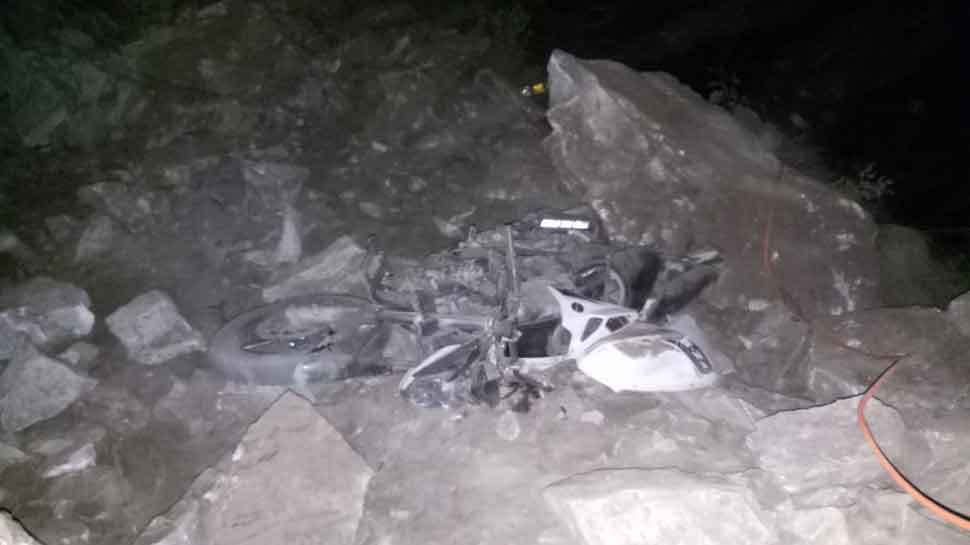 New Delhi: In a tragic mishap, three persons were killed and several were injured after a boulder from mountain fell on the road and struck few vehicles in Uttarakhand's Kedarnath. The report added that at least six to seven people are missing after the accident took place.

The incident took place on Saturday night near Chandikadhar on Kedarnath road, about 60 km from Rudraprayag district headquarters. It all happened when a huge boulder and debris from the hill started to roll down from the hill on the highway. By the time, the drivers were able to understand anything, their vehicles were hit by the boulder and debris.

After being hit by the boulder, the car crashed into a 400-meter-deep gorge. While two people, all bike-borne passengers died on the spot, the third person succumbed to his injuries while he was on his way to the hospital. Meanwhile, the police fear that the toll may go up as people who were inside the car are still missing. The rescue team is currently on the spot and a search is on to trace the missing persons.

The boulder also left several people injured who have now been referred to a nearby hospital.

Guptkashi station head Hoshiar Singh, rescue team and State Disaster Response Force (SDRF) force are currently at the spot and are carrying out the rescue work. According to people, one of the deceased has been identified as Rishikesh resident Lalit Sharma, son of Sukhjit Sharma.