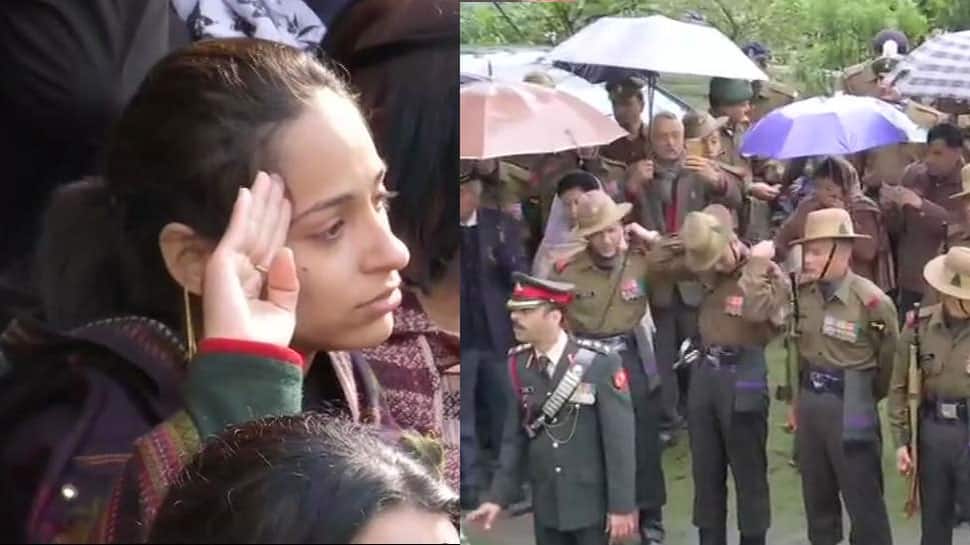 Dehradun: Thousands of people on Tuesday paid their last respects to Major Vibhuti Shankar Dhoundiyal, who died fighting terrorists in Pulwama in Jammu and Kashmir, at his residence in Dehradun.

His mother Saroj, a cardiac patient, his wife Nikita Kaul, whom he had married less than a year ago, and a host of relatives and friends were crying inconsolably as Major Dhoundiyal's coffin was kept for people to pay their last respects before being taken to Haridwar for the last rites.

#WATCH Wife of Major VS Dhoundiyal (who lost his life in an encounter in Pulwama yesterday) by his mortal remains. #Dehradun #Uttarakhand pic.twitter.com/5HWD6RXwnO

People had climbed to rooftops and also stood on either side of the road leading to the officer's residence.

Major Dhoundiyal's body, draped in the tricolour, was brought home late on Monday night and the funeral will be done with full military honours in Haridwar later in the day.

The news of his death had come as the last rites of Major Chitresh Bisht, who died defusing a mine near the LoC in Rajouri district, were still underway in Haridwar on Monday.