The man who made the video has confirmed that the figure sighted is that of a woman and not some alien creature. 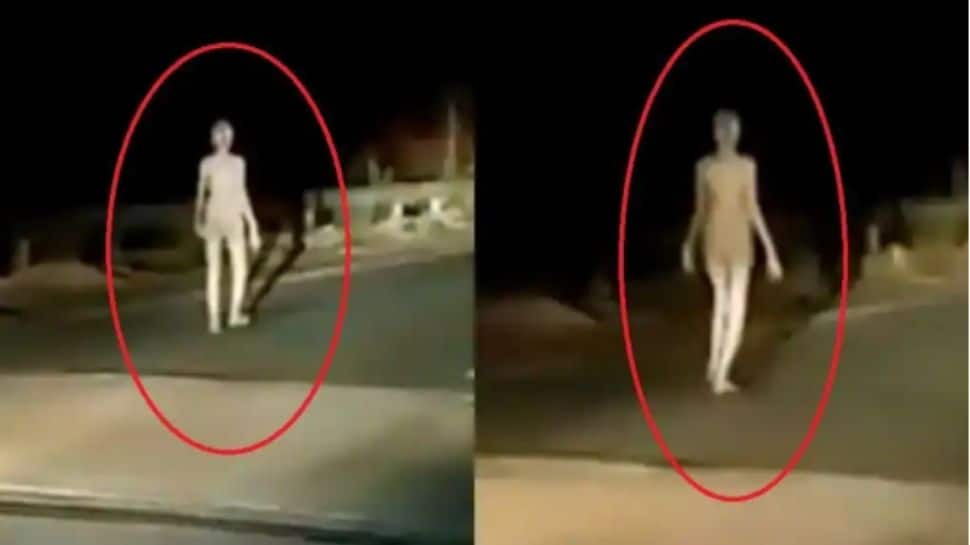 New Delhi: The truth behind the viral video of an “alien” seen in Jharkhand’s Hazaribagh has been revealed. As per a Zee News report, the man who made the video has confirmed that the figure seen is that of a woman and not some alien creature.

Deepak Henbrom, a resident of Jamshedpur, claimed that he made the viral video. He has also denied that the figure visible in the video is of an alien. He said he saw a woman in a naked state on his way when he was returning from Chakradharpur along with six of his friends. Initially, he was scared as well, but later he and his friends came back and made the video.

Further, he asserted that it is absolutely wrong to claim there are aliens in Hazaribagh. He also stated that he has the complete video of this incident. The woman seen in this video is a resident of a village who as per Deepak had come naked to worship at night. People are sharing only 30 seconds clip on social media, while he has the entire video, he added.

In the 30-second viral clip, several bikes could be seen passing by the figure that was walking down the street in the dark. Some other bikers saw the figure and came to a stop while another started recording the video. In the video, the men can be heard saying “chudail lag rahi hai (looks like a witch)”. The video has created a lot of stir on social media.

Meanwhile, Zee Media doesn't confirm the veracity of the video.