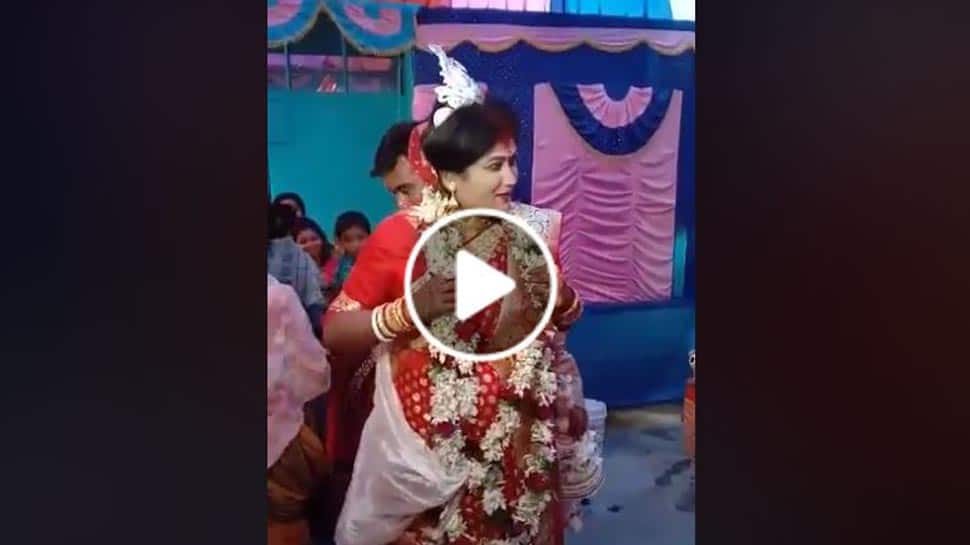 New Delhi: India is a land of varied cultures and traditions. Despite the diverse culture that the country boasts of, one thing that remains common across all communities and religions is the age-old tradition of leaving one house and going to another.

Known as 'Vidaai' ceremony or farewell ritual, this usually involves a lot of tears as the girl leaves her house, parents and everything behind to start a new life with her husband. This Bengali bride, however, challenged the tradition in the most bad-ass way possible.

A video featuring a Bengali bride dressed in a red banarasi saree has gone viral on social media. In the minutes' long clip, one can hear the bride's relatives asking her to perform the 'Kanakanjali' ritual, which marks the bride’s departure from her parent's home.

In this ritual, a bride is expected to throw a handful of rice without looking back into her mother's saree as she steps out of her house. According to Hindu tradition, this ritual signifies that the girl has repaid all her debts to her parents

However, this Bengali bride performs the ritual but refuses to accept its notions. She says, "You can never repay parents' debts."

Not just that, this bride unlike the other brides refuses to cry and says that she will come back to her maternal home whenever she feels like.

This bride's actions have been hailed by the netizens, who lauded her for shunning the outdated rituals in the most positive way, without hurting anyone's sentiments. The video has been shared all over social media and has garnered more than 4 million views.