Incidents on buses and other vehicles being stolen have been heard, but this is new!

In a bizarre incident, an entire bus stop was allegedly stolen in Pune city of Maharashtra. Incidents on buses and other vehicles being stolen have been heard, but this is new!

A banner was also put up for leads about the supposed theft and an award of Rs 5,000 also declared to anyone who could inform about the stolen bus stop.

The supposed theft was shared on Reddit by a user on October 16 saying, "Someone stole a freaking bus stop near my place, Pune." The user posted the picture of the banner which was purportedly put up by a local leader. 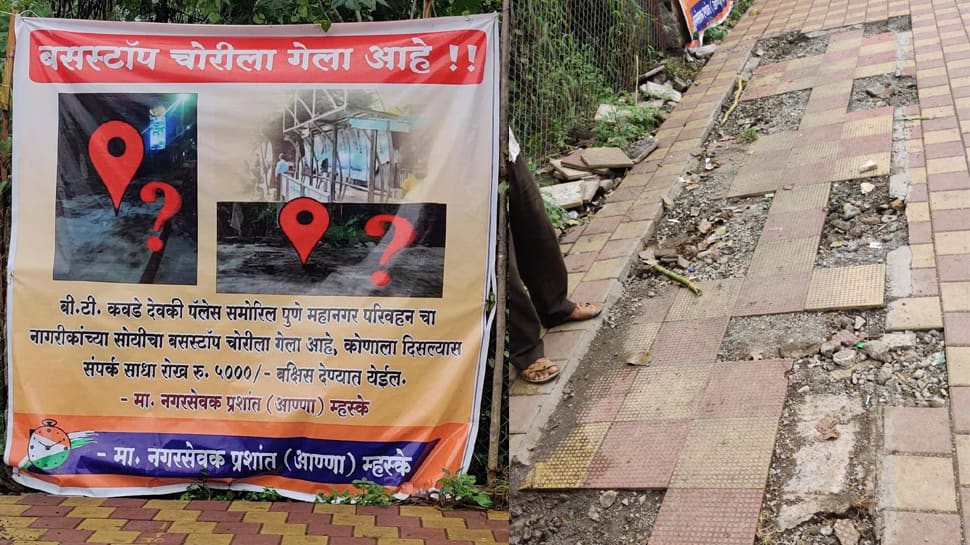 The banner, written in Marathi, translates to, "A bus stop at BT Kawade in front of Devaki Palace, the property of Pune Mahanagar Parivahan for public use has been stolen. Anyone who has information for the same will be given a reward of Rs 5,000." It was put up by former NCP Corporator Prashant (Anna) Mhaske, according to the banner.

The incident triggered witty reactions on Reddit. While some said it was an act of sarcasm and the bus stop never existed, others said that it might have been sold in parts as scrap metal.

The user later posted another comment saying, "So I asked a couple of street vendors about it. They said nothing like this happened in daylight. Although they are not sure who took it. Point being there was a bus stop there earlier and someone definitely "stole" it. It could be Pune Mahanagar Parivahan." He added, "it looks like this now" and posted another picture of the place where the alleged bus stop stood.