A girl was recorded slapping a cab driver on the streets. 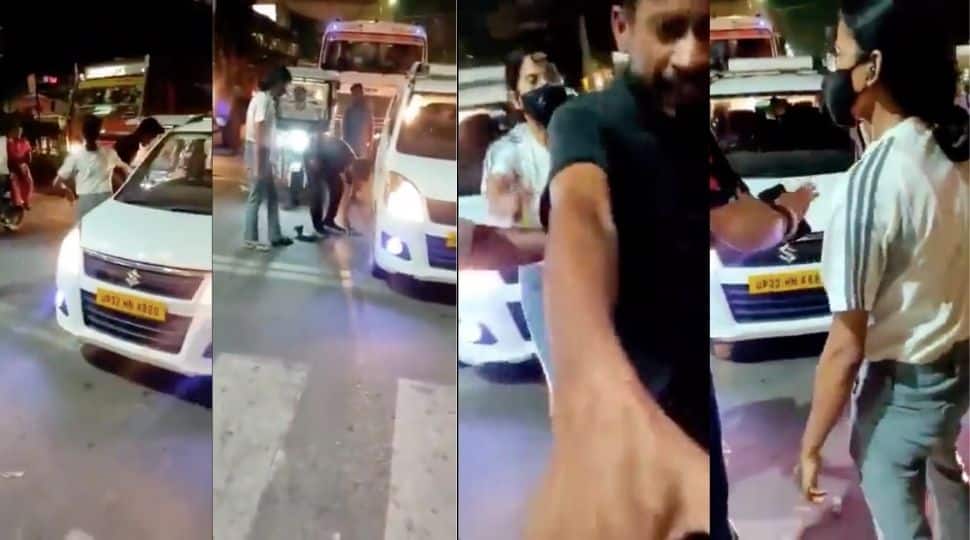 Lucknow: We often come across fights on Indian streets. In a recent development, a video of a girl hitting and slapping a cab driver in the middle of a road in Lucknow city’s Awadh crossing is being widely circulated online. The undated video was first shared on Twitter by a handle named Megh Updates with the caption, “Viral Video: A Girl Continuously Beating a Man (Driver of Car) at Awadh Crossing, Lucknow, UP and allegedly Damaging his Phone inspite of him asking for Reason”. In another tweet, an update was also added saying, “Even the Person who came to Save the Cab Driver was Assaulted in these updated Viral Videos. She can be heard saying the Car Hit her”.

Viral Video: A Girl Continuously Beating a Man (Driver of Car) at Awadh Crossing, Lucknow, UP and allegedly Damaging his Phone inspite of him asking for Reason pic.twitter.com/mMH7BE0wu1

In the video, the woman can be seen slapping the cab driver in the middle of a zebra crossing blocking all other vehicles from passing and creating a traffic jam. Traffic police personnel can also be seen trying to intervene in the matter, however, the woman kept slapping the cab driver. In the background of the video, people can be heard saying, “yeh ladki badtameez hai, itte der takk koi ladka ladki ko maarta toh fir log kya karte?”. The video was likely recorded by a witness of the incident and as the girl kept dragging the driver by his collar and hitting him, the driver can be seen trying to come in front of the camera and saying, “Aaplog mahila police bulaye”.

And, when another man came to save the cab driver and stop the woman from hitting the driver anymore, the girl even hit him. When asked why she was thrashing the cab driver, the woman kept saying that his car hit her.

OMG! 90 paisa spoon found in junk sold for 2 lakh in auction, deets inside