A Member of Parliament in Tanzania was removed from the National Assembly because of her tight-fitting trousers on Tuesday (June 1). 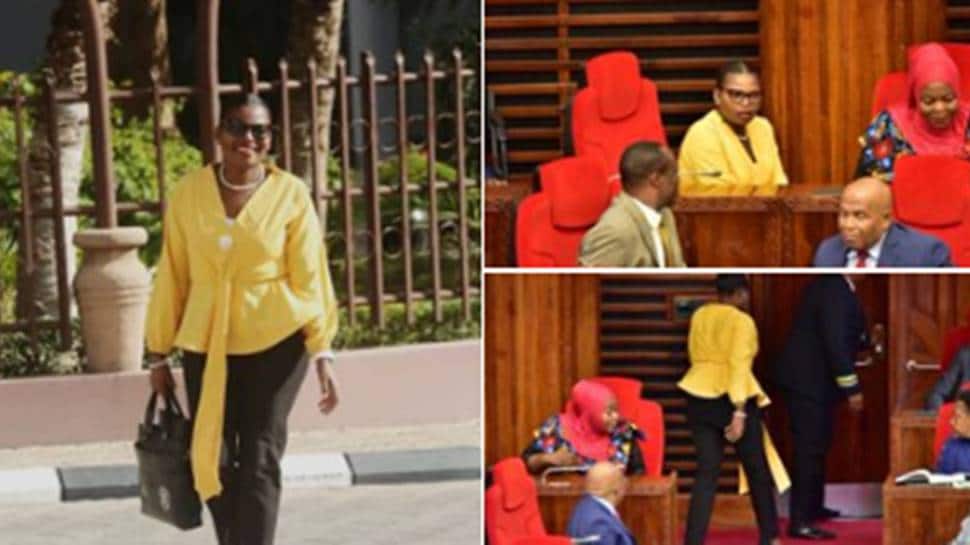 In a shocking incident, a Member of Parliament (MP) in Tanzania was removed from the National Assembly because of her tight-fitting trousers. The incident took place on Tuesday (June 1).

"Some of our sisters are wearing strange clothes...What are they showing to the society?" Ndugai said. Ndugai quoted the parliamentary rules saying women are allowed to wear trousers, but specified that the clothes should not be tight-fitting.

The news was shared on social by a local Tanzanian source.

Speaker of Parliament Job Ndugai threw her out for wearing 'non-parliamentary attire'.

Meanwhile, Tanzanian MPs Jacqueline Ngonyani and Stella Manyanya formed a group shortly the matter after to insist that there was nothing wrong with Sichalwe's outfit, and asking her to leave the meeting and change her clothes was "unfair."

12-metre long Minke whale washes up on beach in UK, people warned to stay away