The latest entry into India's meme culture 'Gonna tell my kids' format has taken social media by storm, in which people say how they're going to trick their children into believing things that are completely untrue. 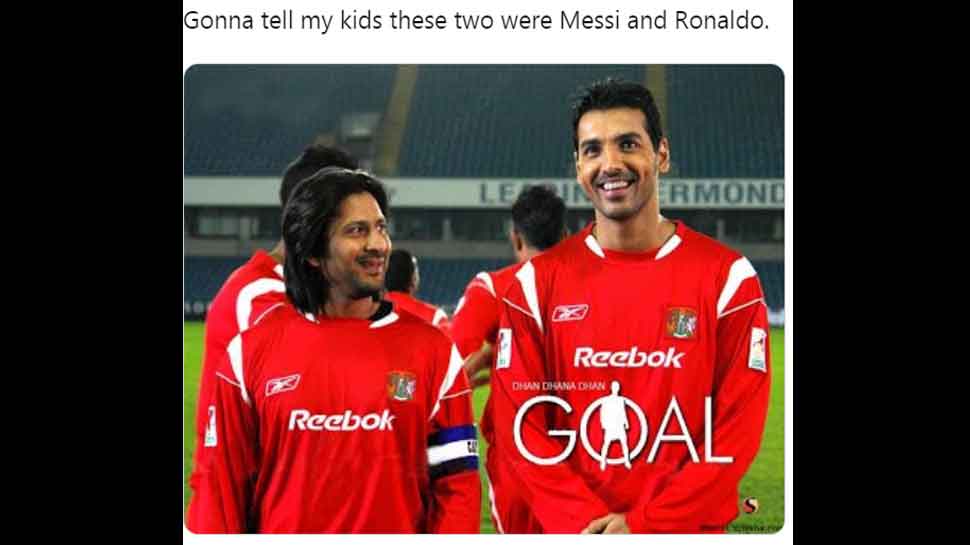 NEW DELHI: The latest entry into India's meme culture 'Gonna tell my kids' format has taken social media by storm, in which people say how they're going to trick their children into believing things that are completely untrue.

The meme, which started in the West, showed people posting hilarious memes about their plans of leading their future children to believe that some of the most significant figures in history are actually random pop icons.

The trend has been promptly picked up by meme makers in India who have flooded microblogging site Twitter with jokes about how they plan to lie and pass off some celebrity image or famous scene as the stuff of historical significance.

Most of the topics are regarding the description of an old movie or famous personality, or music band who are gradually fizzling out in terms of popularity.

Here are some of the funniest of the viral meme:

#gonnatellmykids that he was official therapist for kids in 1990's pic.twitter.com/Wnpxu43Eh1

Gonna tell the future kids that this was the original Backstreet boys #gonnatellmykids #Brooklyn99 pic.twitter.com/dD3XltXRy7

#gonnatellmykids that rcb scored 213 runs in 15 overs match and virat kohli scored century with 8 stitches on his hand pic.twitter.com/6eXd6ifmip

I'm gonna tell my kids this was fast and furious pic.twitter.com/cWGXDKA3Hj

Gonna tell my kids he was the best Chief Minister of Maharashtra. pic.twitter.com/9eIFiqNXCI

A few days ago another meme of a woman yelling at an indifferent cat had gone viral on social media.

Pakistani bride wears jewellery made of tomatoes on her wedding and Twitter can't even...