Groom plays PUBG at his own wedding, bride looks on in disbelief-Watch viral video 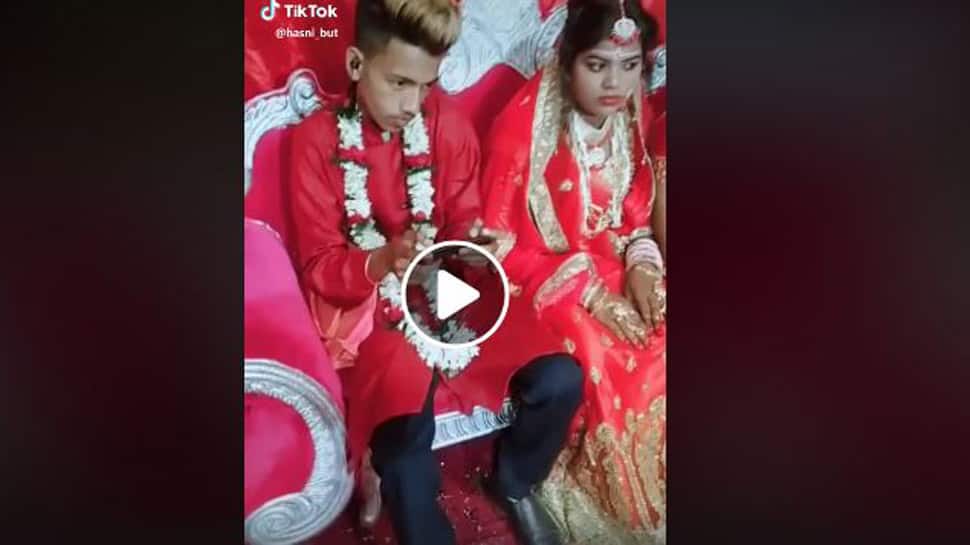 New Delhi: Much before TikTok hampered the sanity of people, PUBG became the newest game on the internet that turned every novice into a hard-core gamer. Those who play the game have always gone an extra mile to get the 'Chicken dinner' and this groom is no different.

It was his wedding day but the groom thought winning the 'Chicken dinner' is more important than winning over his bride, who sat clueless while he fiddled with his phone. Watch the video to believe it:

The video shows the young man with a quirky hairdo, deeply engrossed in his phone. He continued playing PUBG even when a guest offered him a gift. The loud music couldn't disrupt his concentration and his fingers moved fiercely as his bride sat quietly throughout the video. The video was recorded and uploaded on TikTok, which almost got outlawed a while ago.

So if you are planning to play PUBG at your wedding, look for a partner who enjoys the game as much as you do.

Although the video is fun to watch, there is no clarity whether this is real or staged for TikTok. Whatever might be the case, we totally have to give it to the brains behind these apps, for attracting people of all age groups. Despite being at the receiving end of the government bodies, these apps are undoubtedly the sensations on the internet currently.