American rapper Lil Nas X has stirred controversy after he launched controversial 'Satan Shoes', which has a drop of real human blood on 666 pairs of limited-edition kicks. 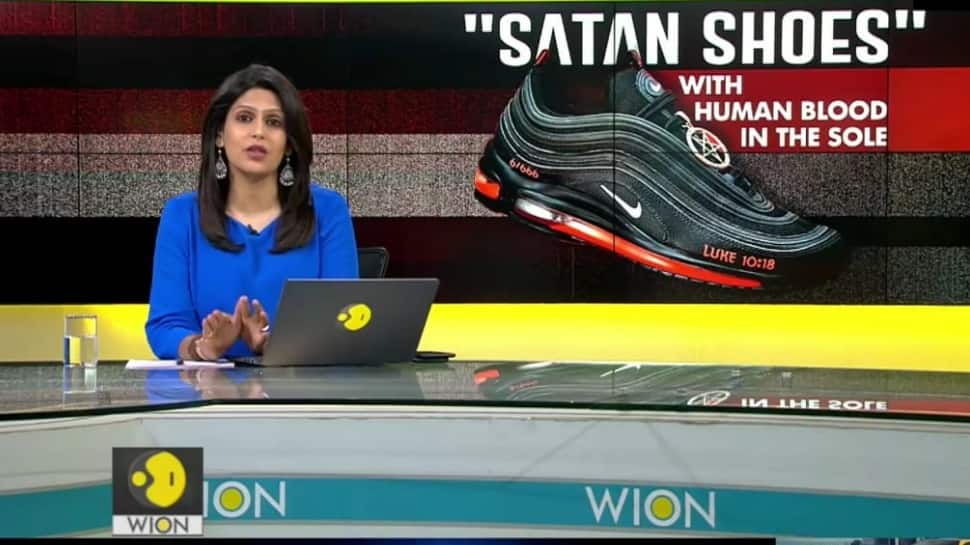 New Delhi: The American rapper Lil Nas X has stirred a controversy after the 21-year-old launched sneakers with human blood in its sole. The news of the footwear collaboration, a customised version of the Nike Air Max 97s, was shared by the singer himself on his social media platform.

Lil Nas X, in a since-deleted tweet, had reportedly said, "Y'all talked so much s**t about these shoes just for them to sell out in literally less than one minute. lmao, y'all going out SAD!"

The controversial 'Satan Shoes' also features demonic imagery and a drop of real human blood and was released on the heels of his unapologetically queer 'Montero (Call Me By Your Name)' music video. These were made in collaboration with 'MSCHF' - the creative agency which is famous for its holy water-infused 'Jesus Shoes' and 'Birkinstocks' crafted from destroyed Hermes bags.

The limited-edition shoes were priced at over Rs 74,834 (USD 1,018) pair each and only 666 pairs were made with blood and hellish themes. Shockingly, all the pairs were sold out almost immediately.

Now, we take you to similar bizarre news that have gone viral around the world in the past few years. Back in 2014, a town in Canada's Newfoundland had shocked the world when it tried to sell parts of a 12-meter-long dead whale. The marine mammal had floated ashore and before the town could find a buyer, the high tides took it away.