Love is definitely in the air as an Italian MP proposed marriage to his girlfriend in the middle of a parliamentary debate on post-earthquake reconstruction, even as his girlfriend watched in amazement from the public gallery above. 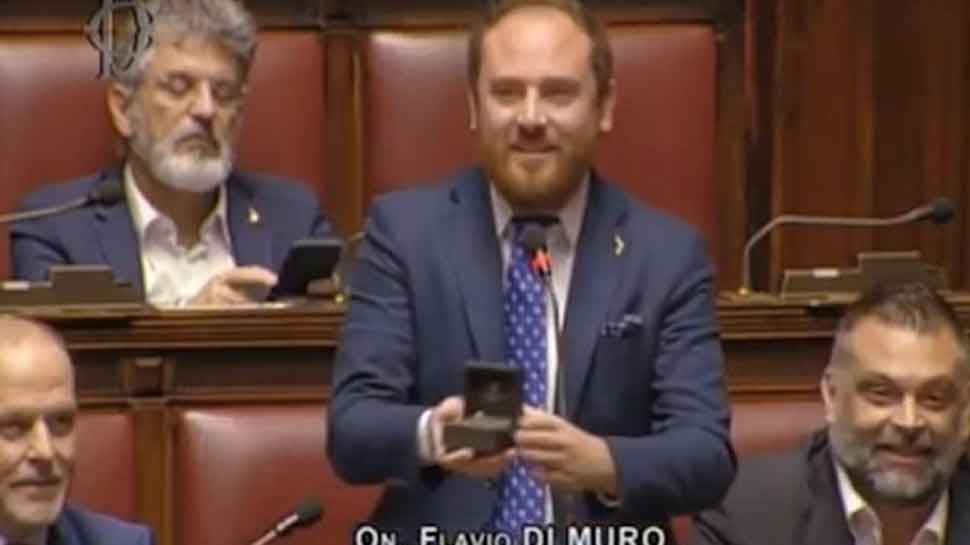 Love is definitely in the air as an Italian MP proposed marriage to his girlfriend in the middle of a parliamentary debate on post-earthquake reconstruction, even as his girlfriend watched in amazement from the public gallery above.

Flavio Di Muro, 33, a member of the far-right party the League, produced a ring from beneath his seat and popped the question to his partner, Elisa De Leo on Thursday even as MPs prepared to vote on measures to assist central Italian regions struck by earthquakes in 2016.

“We, men of the institutions, are busy every day with national emergencies,” said Di Muro as reported by The Guardian after being granted permission to address the chamber of deputies. “Every day we are busy with political debates. And we often neglect the true values, we neglect the people who care for us, we neglect those we love.”

“You see, today is a special day for me. Elisa, will you marry me?” the MP asked, producing the ring while looking at partner, Elisa.

Following the proposal, the MPs broke into applause for Flavio. However, the Speaker of the chamber Roberto Fico did not join the applause and reprimanded Favio.

“I understand this,” Fico said, “however, I don’t think it’s appropriate to use an intervention for this.”

However, Stefania Pezzopane, a member of the Democratic Party and the sponsor of the earthquake bill, asked for the floor to congratulate the couple, as it got clear later that Elisa was swept off her feet by the gesture and accepted the proposal.

“When it’s love, love unites,” Ms. Pezzopane said, to applause in the chamber.

Addressing the press later, Flavio said, "She said yes. We are going to get married, but we haven’t decided the date yet."

The politician said proposing in parliament made sense because 'she's close to me personally, and politically, and she's been with me throughout my political career', reported The Daily Mail.