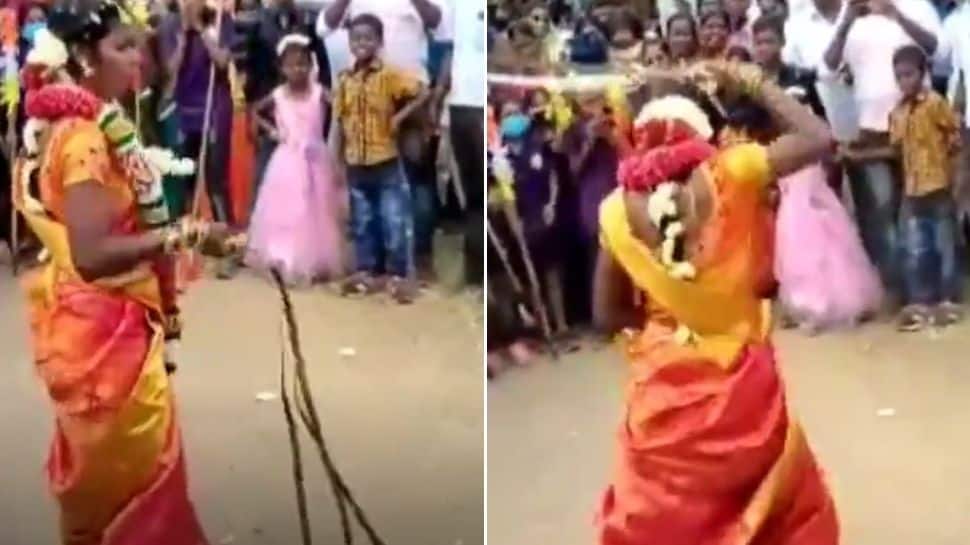 Chennai: A video of Nisha, a newly married 22-year old woman performing martial arts, while clad in a saree has taken the internet by storm. Married on June 28th in her hometown Tuticorin in southern Tamil Nadu, Nisha staged the performance to a large gathering of villagers, right after tying the knot.

With her deft moves and daring precision, she performed traditional Tamil martial art forms ‘Surulvaal’, ‘Silambam’ and Adimurai. Despite being clad in a saree and complete wedding attire, she appeared at ease while performing the complex moves. That perfection is thanks to the martial arts training she is said to have been undergoing for several years.

Her nearly 30-minute performance, amid a gathering of cheering villagers and wedding guests, was done to create awareness among young girls. She performed, at the open venue where her wedding took place. This was her family’s way of encouraging girls and women to take up martial art forms for their self-defence and safety.

It is said that the young B.Com graduate is an aspiring police officer and she was motivated by her mother to carry on learning martial arts. Her husband, a farmer is learnt to have been encouraging having the awareness-creating martial arts display, at the time of their wedding.