The hair-raising footage starts from a point with a group of three people chatting inside the store when the speeding motorist crashes into the store making its way straight towards the group. 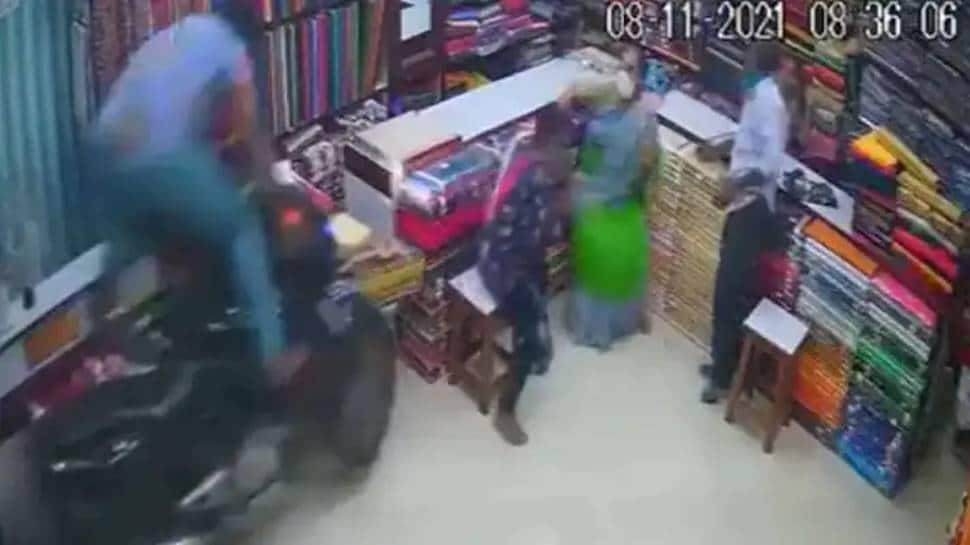 New Delhi: A CCTV footage of a speeding motorist crashing into a clothing store in Telangana has gone viral. The out-of-control motorcycle rams into the store and takes the customer by surprise, the netizens were amused saying, "Ye accident se jyada, stunt lag raha hai".

The hair-raising CCTV footage starts from a point with a group of three people chatting inside the store when the speeding motorist crashes into the store making its way straight towards the group. Luckily, the customers escaped without any injuries. The incident occurred at around 8.30 pm on Monday night in Telangana's Khammam district at Raavichettu Bazaar.

High-speed bike went uncontrolled and entered a cloth shop, people who were inside the shop were sharply escaped at #Khammam
Recorded in CCTv camera.
#Telangana pic.twitter.com/JNWyi5S4W8

An out-of-control Bajaj Pulsar motorcycle enters the shop at high speed, the alarmed shoppers are seen scrambling out of the way. The vehicle comes to a crashing halt and the rider was catapulted over the counter. According to the audio from the CCTV footage, the accident was caused due the motorcycle's brakes failed.

This user had a unique viewpoint of the incident.

When she asks for new saree on karwachauth as early as possible.

Police have seized the vehicle and an investigation has been launched into the incident.