PewDiePie is no more 'afraid' to say... Thanks Logan Paul

PewDiePie admits that he asked for help from Logan, and the later made an effort. 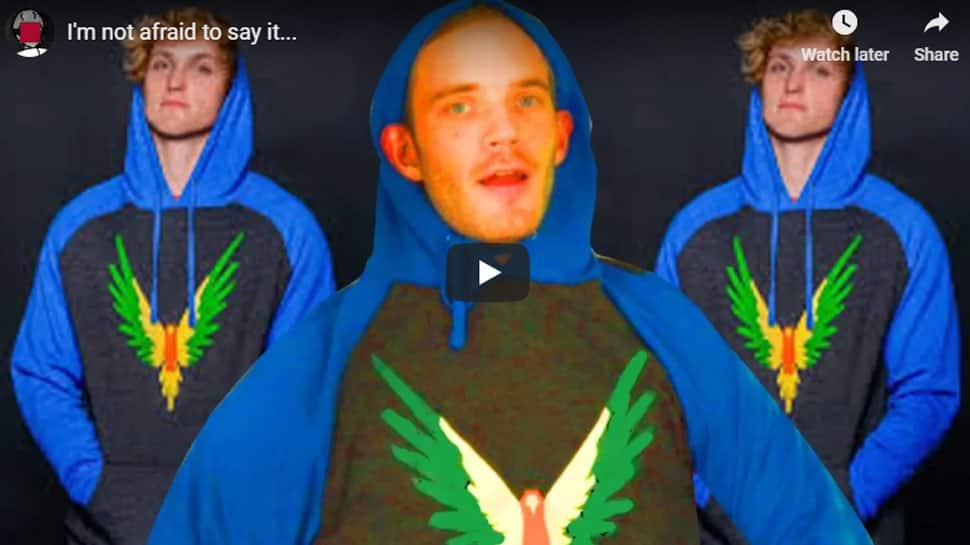 “Before ending the show, there's something i need to do... something i never thought I would do,” says Felix Kjellberg, the man behind PewDiePie – the Youtube channel with highest subscribers, a mantle held by him for six straight years.

Kjellberg goes on to wear Logan's Maverick hoodie on his Youtube show 'I'm not afraid to say it...'

“I am a freaking maverick now. And there's nothing you can do about it...And I am not afraid to say it anymore,” says PewDiePie.

He goes on to admit, that he did ask for help from Logan, and the later made an effort.

“I did ask for help. He did reach out. I appreciate it.”

“I think it’s safe to say that I didn’t like Logan Paul before he was cool, but I think it's a point where it becomes a dead meme and I was starting to feel bad for him....

“You can tell he's genuinely changing. We all make mistakes. I'm not making apology video.. but from someone who's personally made lot of mistakes, that will definitely haunt me for the rest of my life, I think the kid deserves a break,”  says PewDiePie.

At the peak of PewDiePie's battle with music label T-Series for the most subscribed channel on Youtube last year, the Swedish content creator asked for Logan's help in an episode of ‘LWIAY’ on December 5.

Paul, an American content creator and actor famous for his former Vine and YouTube videos, responded by creating a charity campaign towards the Kevin and Margaret Hines Foundation. Every subscriber gained through his trackable link lead to donation.

But his help was offered with a condition – PewDiePie wears an article of his merchandise in his video.

Nearly a month after Logan reaching out, PewDiePie finally donned the merchandise, fullfilling his end of the bargain.